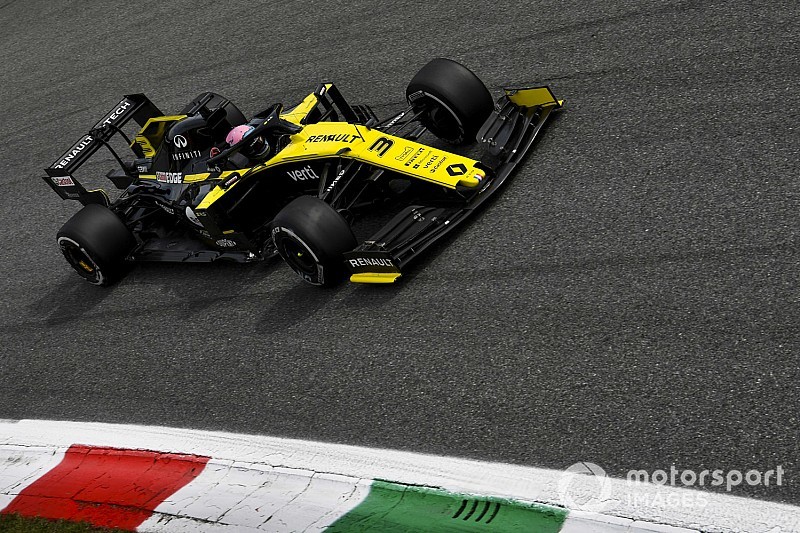 Renault F1 team advisor and board member Alain Prost says that the Enstone outfit deserved its strong result in Spa after feeling the pressure of recent poor scoring form.

Daniel Ricciardo and Nico Hulkenberg finished fourth and fifth at Monza, scoring 22 points between them and closing the gap to McLaren in the battle for fourth place in the world championship.

The team had scored just 15 points in the six races that followed Montreal, where the yellow cars finished sixth and seventh.

Monza was also the first race appearance of the latest Spec C engine, which has shown some promise.

"There was Monaco, and Spa also, because the pace was good but we lost everything at the start. When you have these kinds of races and problems you get some more pressure.

"Obviously it's not easy, so we had to get some good points, and fourth and fifth is fantastic. We can't do better, anyway. It's very good team, because there's a lot of work, a lot of pressure, and they deserved this result.

"The pressure is also because we have to be honest, the power was not at the level that we thought we could be this year. We knew that we could not catch the top three anyway. At the moment we are a little but like this, like today we are where we should be, trying to understand step-by-step.

"You have an objective and if you're not close to the objective, you put yourself more pressure, which is not very good, because at the end of the day we are still trying to build the team."

Prost paid tribute to the efforts of the Renault engine department in France after the latest spec proved to be a useful step.

"On the engine side we proved that it was much, much better, a big improvement, on the chassis side we still need to work hard. Especially when you have a certain philosophy of car it's very difficult to change big things in the year. That's the still the main point we have to focus on.

"The Viry people have done an unbelievable job this year, if you remember where we are, and we never hid that we were behind, getting the performance and reliability at the same time is really exceptional."

Regarding form in the remaining seven events, he said: "There are some races that are better for us – low downforce is better for us, for sure, when the engine is important is also good for us, which wasn't the case in the past.

"We don't know about races like Singapore and Russia, we'll see where we are. Let's see what we can do, we'll bring a few other things, so maybe better than we expect."