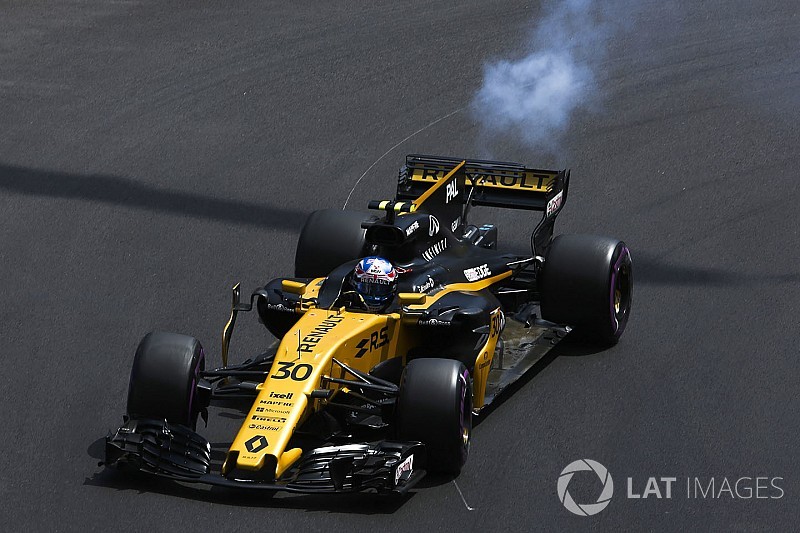 Renault admits it “played with fire” by chasing extra performance from its 2017 Formula 1 engine through the season, at the expense of reliability.

They picked up 300 extra engine-related grid penalties compared to their Mercedes and Ferrari rivals, leading Red Bull boss Christian Horner to describe 2017 as his outfit’s worst season for reliability in a decade.

Red Bull sister squad Toro Rosso also fell out publicly with Renault, after a spate of engine failures at the end of the season.

Renault F1 team boss Cyril Abiteboul apologised for the poor record, but said Renault had to be “very aggressive” to avoid Ferrari and Mercedes stretching further away in the power stakes.

“Clearly, the big negative in 2017 has been reliability, which has cost a lot – to our team, but also to our customer teams, for which I feel sorry,” Abiteboul told Motorsport.com.

“But we had to be very aggressive in order to create the platform to complete the convergence with the other power unit manufacturers.

“It was a combination of a completely new engine, and therefore a lack of dyno mileage over the winter - we discovered some of the issues at the winter test, and also some of them at the start of the season, which was very late [for us] to react and to implement improvements.

“Later into the season, we played a little bit with the fire by unlocking new performance modes, which had some impact also on reliability, and we also had the issue that there was some cooling measure to respect that some teams struggled to follow.”

Abiteboul implied Toro Rosso suffered more failures in second half of the season because it could not follow the same cooling limits as the other Renault-powered teams.

“We found new ways of operating the engine with more performance, which created the first batch of problems,” Abiteboul added.

“With more mileage, we started to have reliability issues related to simply the life of the parts.

“We tried to manage that by reducing the operating temperature, which some teams managed to do, but not all teams.”

The works team also suffered problems, which Abiteboul said had caused Renault to miss its own target of beating Williams to fifth in the constructors’ championship.

“That reliability has cost us a lot – we think it has cost us something like 45 points, which is also fifth place in the championship, which was our target,” Abiteboul explained.

“That’s the big negative, and a negative I don’t want to diminish because retiring a car, whether it’s a Renault car or any car that’s powered by Renault, is hugely frustrating.

“That’s hurting us and our image and our reputation, so clearly [it is] something we will be improving for next year without any sort of compromise, that’s for sure.”

Ocon: Mercedes happy with my progress in F1