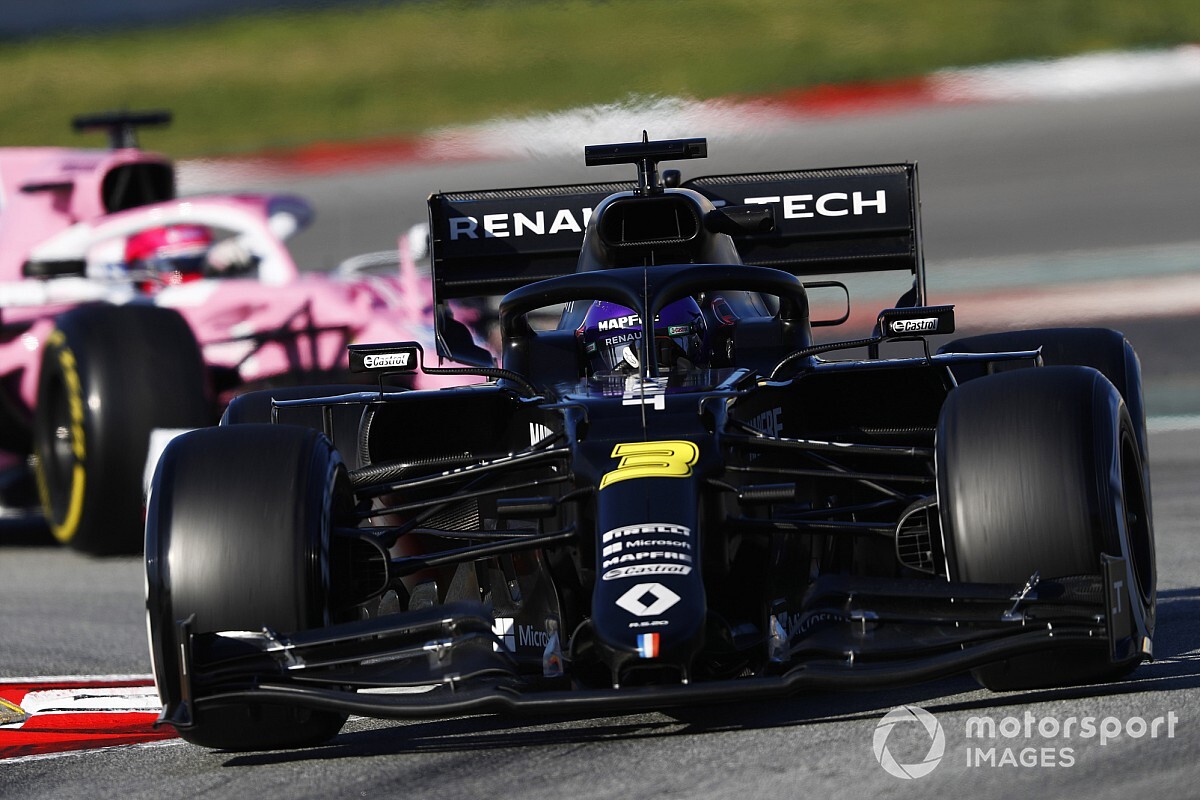 Renault is set to bring planned upgrades from three cancelled races to next week's Formula 1 season opener in Austria in a bid to boost the performance of its car.

Renault had planned an aggressive approach to updates for its RS20 car through 2020, only for the COVID-19 pandemic to result in a delay to the start of the season.

But the team continued to work on the developments it had planned to bring to races in Vietnam, the Netherlands and Spain, all of which will be combined and put on the car for next week's Austrian Grand Prix.

"The upgrades are coming," Renault F1 team principal Cyril Abiteboul said in a press conference with select media including Motorsport.com on Friday.

"It's been a huge effort from internal production to get the package from races three, five and six - the initial numbering obviously - from Vietnam, the Netherlands and Barcelona that will be on our car in Austria.

"Those races have obviously not happened, but the performance that was supposed to come will be in Spielberg."

While Abiteboul did not want to be drawn on where it would leave Renault in the midfield pecking order, he was pleased the team had managed to not only get the updates ready, but also have enough spares to prepare for the opening triple-header of races.

"I want to downplay any expectations, because we know that our car was really, really bad last year. We just hope that it will be slightly better," Abiteboul said.

"We're still not totally sure about the competitiveness of our car from the winter test. I don't want to say too much at this point.

"There is clearly a huge satisfaction from the effort that has been put into getting all these parts available in quantity also, because we all know that Spielberg can be harsh for the cars, even if there has been some kerbs being removed.

"We all had to plan in quantities also, some parts which I hope will bring some decent performance to the car."

Renault driver Daniel Ricciardo predicted last week that the midfield teams could be as close as one tenth of a second together, with no clear frontrunner appearing to emerge during winter testing.

Ricciardo said he anticipated the midfield battle would remain close even with the planned upgrade package, but was hopeful Renault could cut the gap to the leading teams.

"You make a bit of a summary after testing and try and understand where you stand really, and it looked like the midfield was going to be very tight," Ricciardo said.

"I do expect it to be tight. I do expect the whole field to certainly squeeze up this year, tighten up. I think the gap to the leaders will close, and I think the whole midfield is really becoming, it could all be around a tenth, so it's going to be close.

"But it's all just talk now. We've got just over a week, and everyone will have some answers, including us."

How F1's marshals will work through COVID-19 safety measures