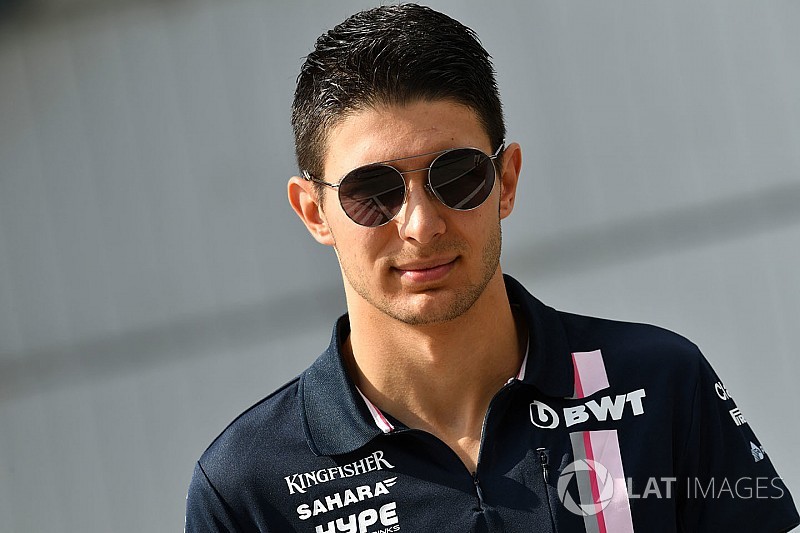 Renault has confirmed it is in talks to field Mercedes Formula 1 junior Esteban Ocon in 2019 and has targeted the Belgian Grand Prix to announce its driver line-up.

Ocon has been linked with a loan move to Renault next season that would mean he replaces Carlos Sainz alongside Nico Hulkenberg.

Renault F1 boss Cyril Abiteboul told French broadcaster Canal+ before the Hungarian Grand Prix that talks with Ocon were taking place but that did not mean he was guaranteed to join the team.

Abiteboul said he expects conversations to continue with representatives of Ocon and Sainz over the summer break and thinks a decision will be made by the Belgian Grand Prix at the end of August.

“We have not made a decision, we have not signed anything,” said Abiteboul. “We've got a number of options, good options.

“Carlos staying with us is one of them, but things rather are in Red Bull's hands.

“Esteban joining us could be an option. Mercedes is running Esteban's career, it's a good thing, but it's also something we have to consider.”

Sainz pushed for a Renault move because he did not want to stay with Toro Rosso for a fourth season and faced a lack of opportunity at Red Bull’s senior team.

Max Verstappen then signed a contract extension late last year while Daniel Ricciardo is poised to land a fresh deal with Red Bull as well, which gives Sainz the chance to try to move to Renault permanently.

Ocon is halfway through his second season with Mercedes customer team Force India, having started his F1 career in mid-2016 with Manor, which also used Mercedes engines at the time.

However, Mercedes F1 boss Toto Wolff admitted earlier in the Hungarian GP weekend that the company was open to Ocon joining a rival engine manufacturer.

Abiteboul said: “We've had talks for a long time, we first contacted his manager and Toto weeks, months ago.

“We're talking and we'll keep talking with everyone during the break, including Carlos.

“Once again, no decision has been made, we'll see with time and reach a decision at Spa.

“I think all requirements will be met for us to announce things at Spa.”

Horner hits out at Renault after Verstappen radio rant