McLaren says it takes no relief from closest rival Renault having failed to make a big step forward with its new update package at the French Grand Prix.

Renault had hoped that, on the back of engine upgrades, a series of new car developments would help lift it clear of the midfield battle.

But a tricky weekend for the French car manufacturer, which struggled to find a good set-up for its car at Paul Ricard, left the door open for McLaren to deliver an impressive weekend and bring home valuable points for the constructors' championship.

Rather than feel Renault's lack of progress was a boost to McLaren's own ambitions, though, team principal Andreas Seidl says his outfit's only focus is on what it can do to the close the gap to the cars ahead.

Asked by Motorsport.com about the team being relieved that Renault's car step did not produce a bigger step, Seidl said: "We get this question many times but our focus is not Renault to be honest.

"It is a tight battle in the midfield and of course we would like to be in front of all the other cars in the midfield. But our focus is not on Renault, it is on the 1-1.5 seconds gap to the front, and I think the same is valid for Renault. That is our mission."

With McLaren having delivered in France its best two-car qualifying performance since Italy 2014, Seidl says the form shown last weekend was a big boost in helping lift motivation at the team to do even better.

"Obviously a weekend like this is the best thing that can happen to a race team, because it simply gives great spirit when you need to push flat out day and night," he said.

"But at the same time we need to be careful not to get too excited about it, because we have seen since the beginning of the season that there are races or tracks where Haas were strong, or Alfa Romeo were strong or Racing Point, or Renault.

"So it is just good for us to see that all the hard work the engineers are putting in, the great input the drivers get, that we are consistently making steps with the car.

"We will keep bringing small bits to the cars for the next races. It is all positive; a positive journey and it is important to keep going that way."

Seidl is also clear that McLaren appearing so close to Red Bull in qualifying - as Lando Norris ended up just 0.009 seconds behind Max Verstappen - was probably not the true picture as the Red Bull driver had made some mistakes on his fastest lap.

"The picture of qualifying was probably not the real one because from what I heard Verstappen clearly missed some time in his [qualifying] lap," he said. "So I think we saw pretty much what we expected in the race." 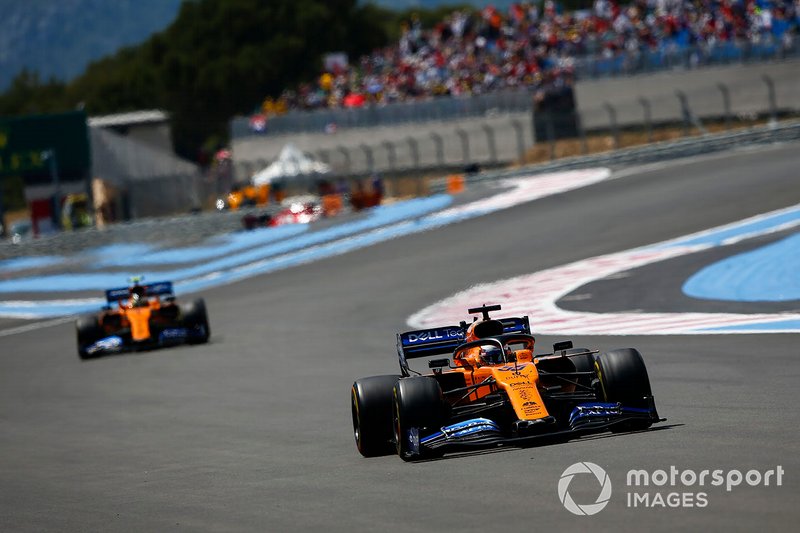