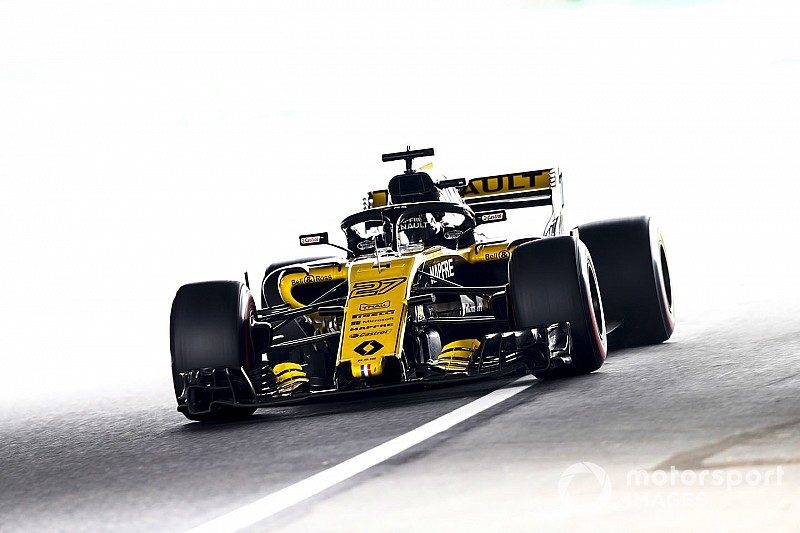 Nico Hulkenberg fears that Renault is no longer "fast enough" compared to its midfield opposition, after slumping to his joint worst qualifying of the season at the Japanese Grand Prix.

The German failed to make it out of an ultra-tight Q1 at Suzuka to take 16th on the grid, matching where he ended up in Spain after he has hampered by a fuel system issue there.

But with his performance today not hampered by anything out of the ordinary - although a crash in final practice was not ideal - Hulkenberg thinks that Renault's lack of development progress is now really biting.

"Obviously P3 was not the best preparation for qualifying, but the guys did a great job to get the car ready," said Hulkenberg, when asked by Motorsport.com about his lack of pace.

"I went out straight away and got a good lap time out of it, and even my second lap I was quite happy with what I had done. But it wasn't enough honestly.

"I think generally the thing is that we get out-performed a little bit. We are just not fast enough any more."

Hulkenberg has been well aware for a few weeks that Renault's lack of development compared to rivals had seen it slip back, but he now thinks the situation is more serious.

"It is going to be a long end to the year, especially if you don't have the sharp weapon you need to be in the fight," he said "So it won't be the easiest of times and quite challenging.

"I think I am pretty sure we have not made progress. The car still feels the same as like maybe 10 races ago. But have we lost? Have we made it worse? I don't think so.

"I just think that others really bolted on some good upgrades and went faster – both on the engine and car side. We are getting the cheque now for it."

Hulkenberg says the team has been looking at what it has to change to deal better with its upgrade programme in the future – after suggesting that it needs to be more ambitious with its steps.

"We this year plugged along and sometimes brought little things, but never a major upgrade like last year, and those little ones even did not do the job. They were not really enough of an improvement.

"Now we are seeing and learning that we have just lost out with that approach, and we just did not find enough. It's as simple as that.

"Since a few weeks we are aware of this and we are reacting and trying to make it better in the future of course."

Mercedes will have "different" team order plan for Suzuka race