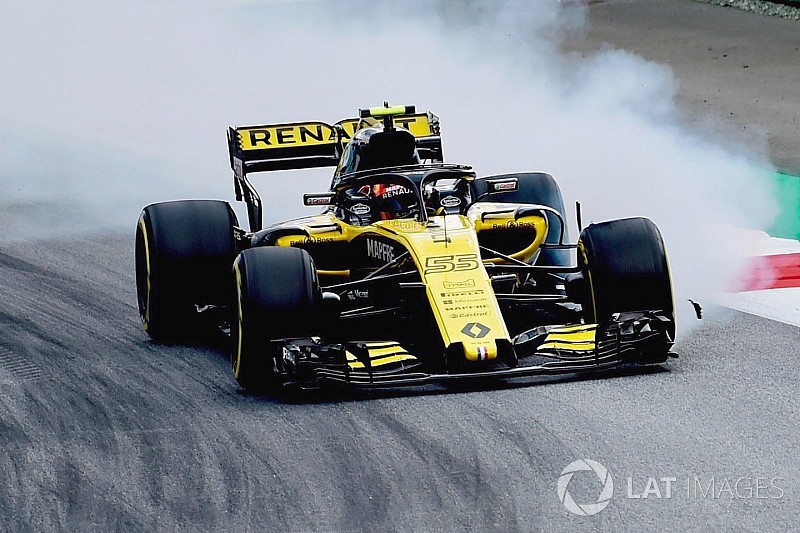 Carlos Sainz said he found his Renault "undriveable" for much of the Austrian GP as he struck blistering issues – and the Spaniard says that his team must find a solution for its tyre issues.

The Renault has shown a tendency to be hard on its tyres this year, and while others also hit blistering problems in the Austria race, Sainz suffered more than anyone else.

The VSC allowed him to offload his ultrasofts after 15 laps, but after just 19 laps on softs he was back in the pits for an unscheduled stop, before running supersofts to the flag. He eventually finished 12th.

"Unfortunately our blisters arrived on lap five of each compound, except for the supersoft," Sainz told Motorsport.com.

"We were looking like one of the faster midfield cars there, behind the Haas and Force Indias. We put the soft on, five laps, lost performance.

"Never again. It's something that we need to analyse, because today the car was undriveable for 55 out of 70 laps of the race.

"It was vibrating everywhere, I couldn't see the braking points, couldn't even turn the wheel. It's something to understand and analyse."

Sainz was adamant that he was doing his best to protect the tyres with his driving style: "I was managing my tyres more than on Friday, and still it didn't make a difference, so it has to be something fundamental with the track temperature, and our car.

"If we had the balance we had all weekend we should have ended up in front of the Force India, and behind the Haas.

"I think we have a chance to sort it out for Silverstone. It's still something that we've seen on our car this year, it is very hard on tyres.

"Today our main limitation, our main deficit to the others, stood out more than the others."

Renault team boss Cyril Abiteboul acknowledged that the team has to address the issue before the British GP.

"That came as a huge surprise, there was nothing that we could see like that on Friday," he told Motorsport.com. "Obviously Friday was very different ambient and track temperature. I guess that's most of the problem.

"But we also know since the season started that we have a car which is unfortunately a bit hard on tyres. We saw that again today.

"I guess that has to be the first pre-occupation, because that can happen again in high-energy tracks with long corners and fast corners, so we are immediately thinking of Silverstone coming up. So that will be the first emergency of the weekend."