Bell steps down as Renault tech chief for part-time role 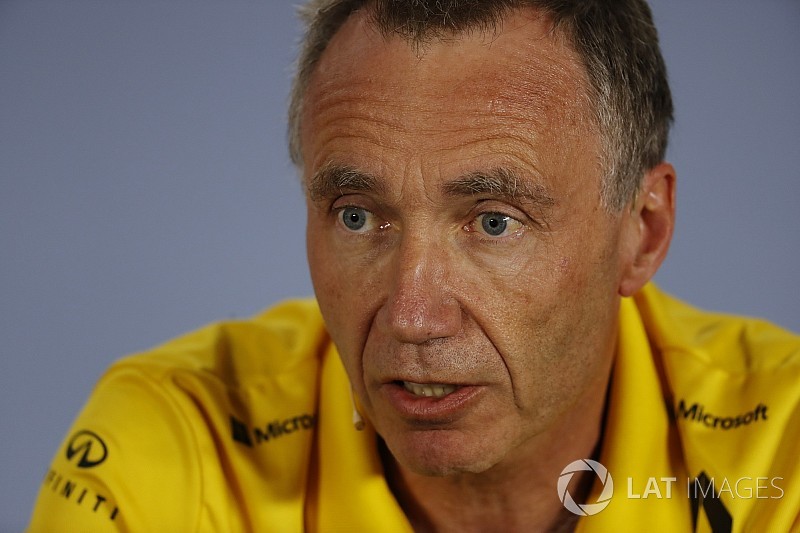 Bob Bell is switching from his role as the Renault Formula 1 team’s chief technical officer to a part-time position as a technical advisor to the French manufacturer.

Bell rejoined Renault at the start of 2016, having worked with the team as technical director – a stint that included its 2005-06 title-winning seasons – before leaving in late 2010 and having spells as Mercedes’ technical director and then a consultant for Manor.

He was re-recruited and tasked with establishing Renault’s technical structure for its works team's return to the F1 grid in 2016.

Renault’s first season back was hamstrung by its late takeover of Lotus and it scored just eight points to finish ninth of 11 teams that year.

It made significant progress for 2017, finishing sixth with 57 points, and currently sits fourth in the constructors’ championship on 82 points.

Bell will now assume the role of Renault Sport Racing technical advisor on a part-time basis.

He ends his full-time association with Renault, having worked for the team as a deputy technical director, technical director, acting team principal (following the departure of Flavio Briatore and Pat Symonds after the team’s Singapore crash scandal), managing director and CTO.

Renault said Bell's new role will be to participate in “strategic projects to support the team’s long-term growth and development” and he will “take responsibility for developing technical collaborations with third parties to explore specific expertise and technologies that can contribute to the team’s overall performance”.

Bell will not be replaced as CTO as Renault feels it has now implemented “a fully functional and agile collaboration between Viry and Enstone”.

Renault F1 boss Cyril Abiteboul said: “In just two and a half years he has helped to make Renault a genuine and respected points scorer.

“He’s also a massive part of the heart and soul of the team and a real motivator for everyone to draw together and get the best from themselves and each other.

“Under this planned transition within the team’s executive management, Bob will now look closely at how to work with our partners but also the different stakeholders of Formula 1, and of the Renault Nissan Mitsubishi Alliance, to ensure we continue to move even further up the grid.”

The full story behind the Force India crisis