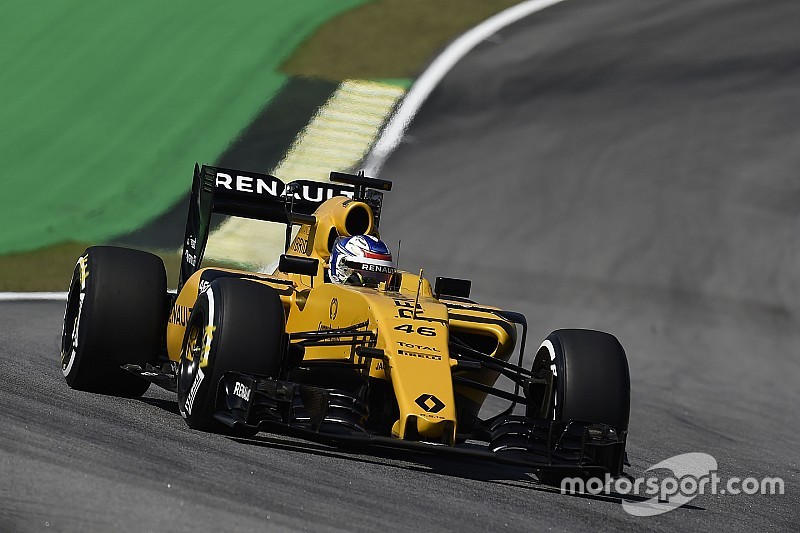 Renault team boss Frederic Vasseur wants to continue working with test driver Sergey Sirotkin in 2017, and says he is keen on giving the Russian more mileage in a Formula 1 car.

Sirotkin joined Renault's F1 team as test driver in early 2016 and has since piloted the RS16 in free practice sessions at Sochi and Interlagos, along with a test day at Silverstone.

Renault has already finalised its race line-up for 2017, signing Nico Hulkenberg and retaining Jolyon Palmer - but Vasseur insists Sirotkin will continue to feature in the French marque's future plans.

"He [Sergey] did a very good job in Sochi, he was very committed, fully involved with the team," Vasseur told Motorsport.com. "He did it again [in Interlagos].

"[His] relationships with the team, the engineers, are very good. He is fully committed, he spends a lot of time with us.

"I want to develop the collaboration with Sergey. I appreciate his commitment, consistency. He is more and more consistent each time he in the car, he is showing pace. He is doing a very good job."

Asked whether Sirotkin was a contender for a long-term future with Renault, Vasseur said: "If you look at what he was able to do on Friday [at Interlagos] or what he did in Sochi, I trust him.

"But now we have to find a solution to give him more mileage in F1, just to show that if he is able to do it 100 percent consistent. I think he has the potential.

"Now we have to give him the tools to show development until it's really good - with FP1, with test days and so on.

"Next year it will be a very tough year for the team with a completely new car, new tyres. We need to have not only two drivers, but also a third one. Let's see, we have to discuss [this]."

Having finished third in his debut season in GP2 last year, Sirotkin was a title favourite for 2016 after joining the championship-winning ART squad.

The Russian recovered from a slow start to the sophomore season to lead the standings after round seven at Hockenheim, but dropped out of title contention three rounds later and can now finish third at best.

"It's a pity it was a bit of a strange season," Vasseur, who formerly headed the ART team, said of Sirotkin's campaign. "He has the second-best performance in qualifying over the season - but he had too many issues. Some from Sergey, and he also had some mechanical issues.

"Overall, I would say, even if the global picture is that he was a bit up and down, he showed that he is able to be a frontrunner, to win races, to be very consistent in qualifying. He is doing the job.

On whether he saw a need for Sirotkin to stay for a third year in GP2 and deliver the title, Vasseur said: "It is a discussion we need to have. Because it is difficult to do at some stage F1 and GP2, but at a certain stage we will have to make the choice what to do.

"To stay in GP2 with the target to win the championship or to move up to F1 to do mileage, simulator, FP1."

Pirelli has "room for improvement" with 2017 wet tyres - Horner