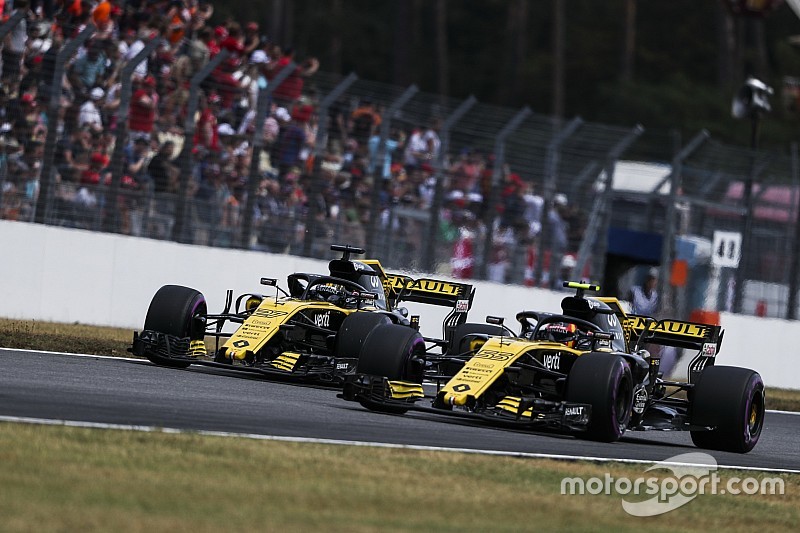 Renault hopes rival Formula 1 teams were "honest" in conducting research into the proposed 2019 aero changes, which were approved despite the French manufacturer's opposition.

In the wake of a lacklustre season opener in Australia, F1 chiefs pushed through with changes to cars for next year in a bid to help them follow each other more closely.

As well as changes to the front wing designs to limit outwash, brake ducts will be made simpler and the rear wing will be made wider and deeper.

Although the changes drew enough support from teams to get pushed through F1’s rule-making process, Renault says that its early testing of models had left it doubtful about the upside to such changes.

Renault F1 technical chief Marcin Budkowski said: “They [F1] asked us to run some cases to prove the direction they were choosing was right, and we actually didn’t feel it was the case.

“We didn’t feel the difference was big enough to justify a new set of regulations for next year, but other teams did.

"Hopefully they were as honest as we were, because we weren’t motivated by self-interest.”

Budkowski has no doubts that the new front wing rules will have a big impact on car airflow, and may well change the ability of cars to follow each other.

However, he is not sure it will be enough of a difference to be worth the effort of designing all-new cars.

“Our initial data suggested it would make a difference that was not of a magnitude that people wouldn’t recover with a lot of development,” he added.

“Don’t get me wrong. It is going to make a difference to the aero flow they have tried to change, but whether that is going to allow cars to follow each other closely, we are not convinced.

“Now we are in it, we hope it will for the good of the sport, but we have our doubts and that is why we didn’t support this change. But the majority did and we are happy to go with it.”

Why it could still go wrong for Leclerc and Gasly