Suzuka ruling will have "minimal" impact on Renault's F1 future 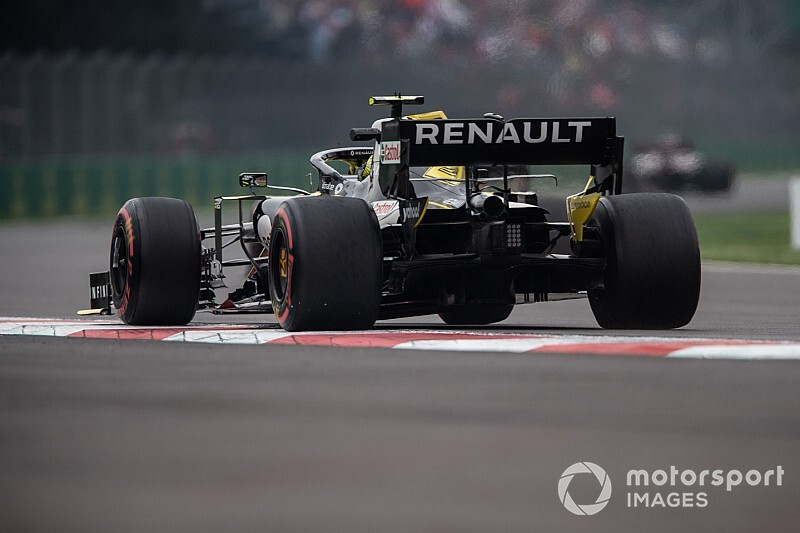 Cyril Abiteboul believes Renault's Suzuka disqualifications will have "minimal" impact on its Formula 1 future, despite admitting the timing was not ideal in light of the review process at the company.

Following the recent departure of erstwhile chief executive officer Thierry Bolore, interim CEO and long-time chief financial officer Clotilde Delbos has confirmed that all aspects of the Renault business will be examined, including the F1 programme.

That process coincides exactly with the teams receiving the first version of the new Concorde Agreement, which will commit them to F1 from 2021 to 2025, along with the October 31 deadline for the 2021 regulations.

That timing gives Renault’s top management the opportunity to fully assess the financial, technical and sporting implications of staying in the sport beyond next season.

Renault was dealt a recent blow in F1 when both its cars were disqualified from the race due to them running a brake bias "driver aid".

And while Abiteboul believes the team had done nothing wrong regarding the system in question, he admits it "doesn't help" in light of Renault's current review.

"In my opinion that is minimal against a number of news that are happening in today’s world, in the automotive world, in the F1 world, and the reason why we decided not to appeal is that we wanted to put it behind rather than let it drag on," Abiteboul added.

"The PR could be positive or negative, but I prefer to focus on the racing, to focus on the 2021 deal and the Concorde that will be offered, and make sure there is a marketing strategy that continues to back up our involvement in F1.

“The story of top five [in the constructors' standings] between Racing Point and Renault in Suzuka is not going to affect the long-term strategy of Renault in the sport.

"We have been in the sport for 42 years and we believe that it adds something to the marketing value of the brand and tells a story of technology.

“The only thing is says though is this little story that it is becoming more and more difficult to develop innovative solutions for F1 and make use of them. That is a point, and maybe there is nothing in it for us from a technological perspective.

“That could be a consideration as well as everything else. I am not saying that we will focus on that element but there will be an assessment to decide whether or not we sign on those terms [in the draft contract], but those terms are better than the ones we have now, so I am confident.”

Abiteboul confirmed that a post-2020 commitment made by Renault when it returned as a works team in 2015 - in order to guarantee that it received the funds due a team that had won two titles in the recent past – referred only to ongoing engine supply.

“We are under the Concorde Agreement, a bipartite agreement, until the end of 2020, like every single team in the paddock. There is a new Concorde, 2021-2025, that will be offered.

“And in addition to that we have as we said previously some form of commitment towards supply of engine [beyond 2020]. But as you know, we are not supplying engines to anyone apart from us.”

Asked if he was confident that Renault’s management would support the F1 programme after making its review, Abiteboul stressed that he could not second-guess their decision.

“I can’t tell you that, because until that process is done I can’t say. It has to be a process. I’m sorry that I don’t have any confirmation to make, other than what I’ve done already. Let’s follow the process, but again let’s be optimistic also.

“If everything is better than what we have now, I don’t see why we would get to a different conclusion from the one we’ve made in 2015. Yes the market has changed, the sporting results are what they are.

“Most important is can we project ourselves with confidence in that period of time, with good results at reasonable cost. In my opinion what we will get out of the 2021 measures will go in the right direction, to answer each one of these questions positively.”

And while the recently-deposed Bollore was a big supporter of F1, having been on the board of the team until recently, Abiteboul says that Delbos is also well-versed on the programme.

“I can say the internal governance of Renault is really a triumvirate, three persons, with indeed an acting CEO right now who still is the CFO of the group.

“As the CFO she [Delbos] was sitting in the executive committee that has made all the decisions related to the modern involvement of Renault in F1, including the return as a full team in F1.

“The other two men, Jose-Vicente de los Mozos and Olivier Murguet are also members of the executive committee since a long time, and therefore have been part of all the decisions that we have made recently.

“They are not sitting on the board of the team, they maybe are coming less frequently than some other persons, but I can tell you that they know extremely well what we are doing, and the reasons why we are in the sport.”

F1 Strategy Group, Commission set to be abolished in 2021