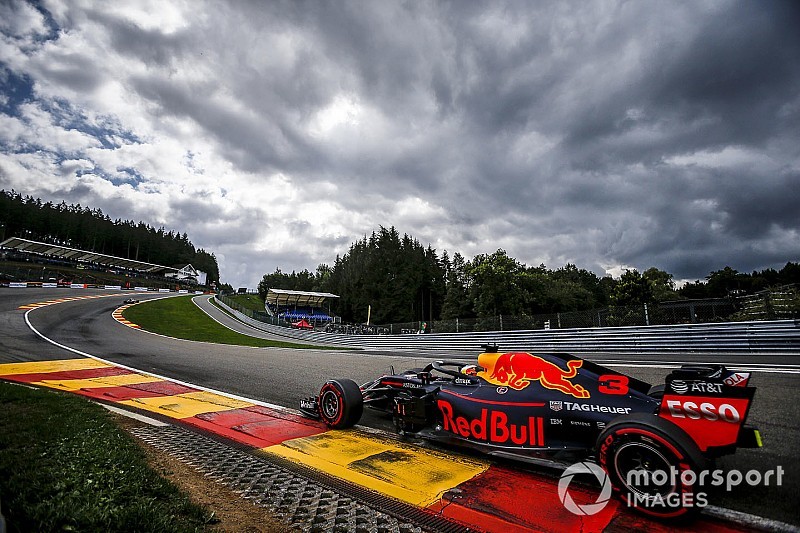 Renault F1 boss Cyril Abiteboul admits that the company had to overcome a fear of more public criticism from Red Bull before making its new Spec C engine available for the Italian GP.

Renault admits that the new spec comes with some reliability risks, to the extent that the works team won't use it as it tries to consolidate its fourth place in the championship.

However, Red Bull and McLaren were given the option to take those risks while benefiting from increased performance. The former has decided to run it at Monza, initially in the car of Daniel Ricciardo.

Abiteboul remains frustrated by comments made about Renault by Red Bull boss Christian Horner after Max Verstappen retired in Budapest.

That led Renault to have a serious think about releasing the Spec C – because there was fear that it if failed the manufacturer would once again face criticism.

"That's exactly my problem," Abiteboul told Motorsport.com. "Indeed the precedent of Hungary is upsetting me a little bit, and it could be a change in the way that we are leaving it to the discretion of our customers to do what they want.

"In theory Red Bull is always saying it's all about performance and they can accept the reliability, but how do I deal with that, knowing how they reacted in Budapest to the problem we have on the MGU-K?"

However, Abiteboul is more relaxed after discussing the comments with Horner and Helmut Marko at Spa.

"We just have to hope that Christian is not on Sky when they have a problem! We've discussed about that and they accept the fact that they've been a bit carried away.

"I understand that, I understand the emotion, but I also need to think about the fact that once something is said, it's very difficult to roll back, and it stays despite an apology that comes a few days after, like it did after Budapest.

"It doesn't erase something said in the heat of the moment. We're all learning, so we'll move on, and do our best with the C-spec for the rest of the season."

Abiteboul admitted that a poor weekend at Spa – where both works Renault started at the back – helped to justify the decision by the Enstone camp to stick with the proven Spec B.

"Given our difficult situation we need to be so focussed on reliability. We see what happened when you have a grid penalty which is a consequence of reliability rather than a performance issue. That's an exact demonstration why we made the decision we made.

"Red Bull is going to take it, hopefully that's going to be a positive reward for the effort put into that, and also some interesting information for the future of our programme.

"McLaren is not going to take it because the changes that need to be made on their chassis were quite substantial, and they've elected not to do that."