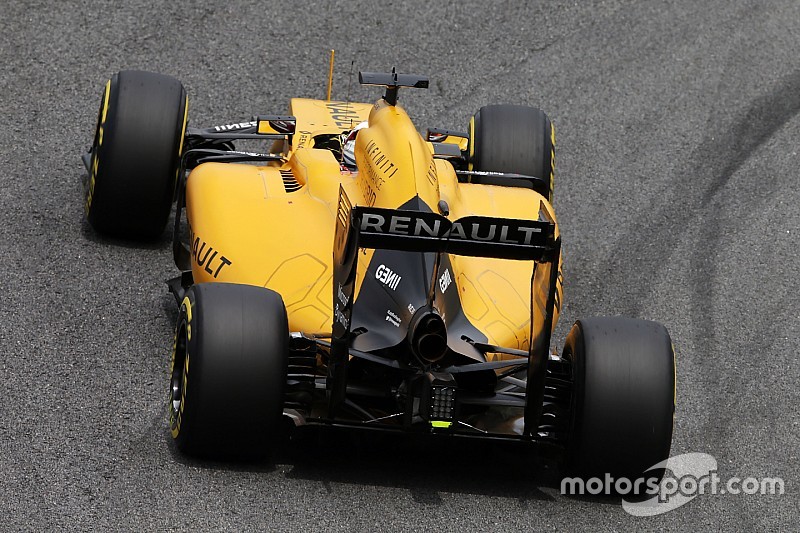 Renault has warned its teams to not expect a dramatic step forward in engine power for the start of 2017, with radical concepts from its all-new power unit only likely to deliver proper gains later in the campaign.

As Motorsport.com revealed last month, Renault is working on a completely new engine concept for 2017 after feeling that the power unit it had used up to now had reached its development ceiling.

The new engine is being designed at the company's Viry-Chatillon headquarters but its chiefs are adamant that its focus for the start of the campaign is on reliability rather than out-and-out performance.

It means the phase one engine that will be used for the Australian Grand Prix will not show the power unit's full potential, as that will have to wait until the second power units are used around the time of the Spanish Grand Prix.

Renault F1 managing director Cyril Abiteboul said that opting for an all-new concept was essential if his company was to target world title glory in the next few years – but short-term compromises would be necessary for it to not hurt its finishing rate.

In an exclusive interview with Motorsport.com, Abiteboul revealed that Renault's plan included the use of technology not seen in F1 before, but such bold concepts would not be ready for the start of the 2017 season.

"I prefer to be conservative in the expectation for the first initial running of the engine at the start of the season," explained Abiteboul.

"But definitely it is an engine that is offering the potential to cope with an awful lot of development. We have lot of ideas of concepts in the pipelines – most of them, as far as I am aware, have not been seen at the track.

"Clearly I am not going to disclose anything, but we are super excited by the level of innovation that this new platform offers. So it is a choice that we are not making for the start of the season but we are definitely making for the long term."

When asked how much of a gamble it was for Renault to deliver an all-new concept of engine next year, Abiteboul said: "It is a good question.

"Frankly we have had long discussions about that because at the point in time that everything is changing on the rest of the car, we could have taken a more conservative approach in trying to freeze what we have and focus on the chassis.

"But we have not gone for that. We have gone for a very aggressive option – which is that there is no time. If we want to be where we would like to be for 2018 or 2020, which is the next phase, when we want to target the top teams, we cannot afford to delay anything. So we need to accept to take risk.

"We will be focusing on reliability with that new concept of engine – which will be a new concept I can confirm that.

"It means that it may not be a big jump in terms of performance, simply for the reason that we want to make sure to introduce this concept that it is reliable and that will be the perfect platform to develop the performance for the next three to four years."

Red Bull has said that if Renault can close to within 3 percent of Mercedes in the power stakes – which is the deficit it had in the V8 era – then it believes it will be enough for it to fight for the title next year.

Abiteboul thought it too early to make such judgements, but said Renault's ambition went well beyond that target.

"I don't know how Red Bull is capable of projecting themselves next year," he said. "When I look how fast or how quickly the car is changing in our wind tunnel, I am sure it is the same for all teams. So it is very difficult to think what will be the pecking order.

"It is a very exciting time for everybody in F1. Clearly this season if they had been within 3 percent that for sure maybe would have been better, but I am not sure that would have been enough to fight for the championship. We know where they want to be.

"We are committed to having the best engine in the grid. Not just within 1 percent but to have the best. And as I said, we think we have a number of idea of technological concepts that can allow us to be better than Mercedes in the future."