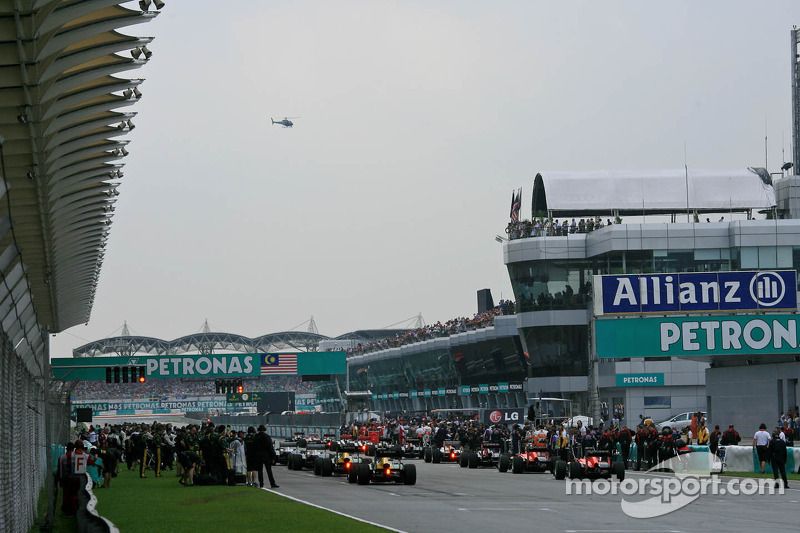 Renault isn't sure it will be competitive in Malaysia.

"We had several issues across the cars in Melbourne," Renault's operations chief Remi Taffin admitted this week, "but we have recreated the problems in the dyno at Viry.

"Most are fixed and the remaining will be under control by Friday in Sepang," he added.

"While we anticipate further issues may occur we are much more able to react quickly to minimise their impact," said Taffin.

Amid Renault's problems, Mercedes dominated the 2014 opener in Australia, but even polesitter Lewis Hamilton had to retire with an engine problem.

"That's my goal for sure," he told Bild newspaper in Kuala Lumpur.

"But you cannot underestimate the team (Red Bull) that has dominated the sport for years.

"We just have to keep pushing 100 per cent in all areas," added Rosberg.