Renault open to keeping Palmer if he "turns around" season 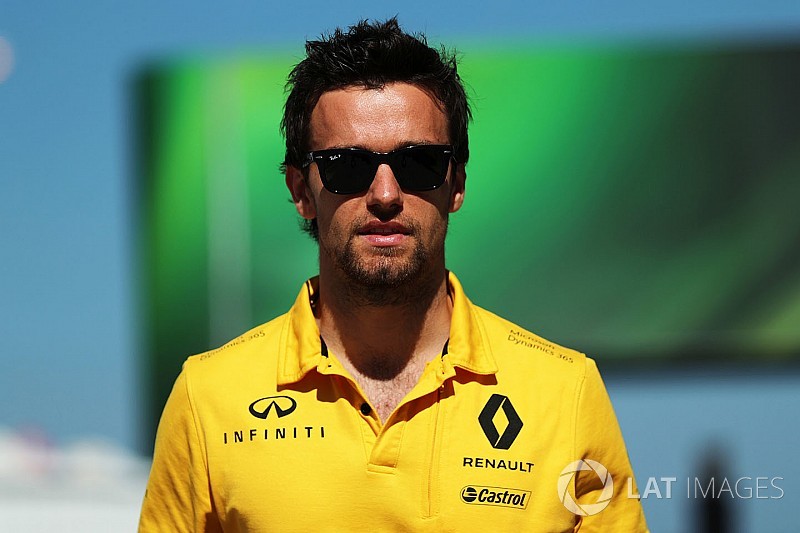 The Renault Formula 1 team says it is open to retaining Jolyon Palmer for 2018, if he can lift his disappointing form in the second half of this season.

Palmer has struggled through the first 11 races of 2017, failing to score a point or outqualify Renault teammate Nico Hulkenberg, who has made Q3 six times, scored 26 points and sits 10th in the championship.

Palmer’s contract expires at the end of the season and Renault has been assessing Robert Kubica’s potential to return to F1 fulltime, which included a recent day of testing in the team’s 2017 car in Hungary, raising questions about Palmer’s prospects with the team.

Team managing director Cyril Abiteboul has spent time reassuring Palmer about his immediate future at Renault, following repeated media speculation that he is set to lose his drive.

Although Renault publicly acknowledges it is considering Kubica for a potential race seat, Abiteboul says it is also open to retaining Palmer’s services for next season if he can raise his game.

“Frankly, if he manages to turn around the situation, which he did last year, we are completely open to a future between the team and Jo for one more season,” Abiteboul told Motorsport.com.

“Stability would be good for the team. That’s also what we wanted last year – to have Nico changing we wanted not to have to change two drivers.

“Things could go his [Palmer’s] way, but at the end of the day that’s in his hands.

“He knows that right now he’s on a one-year contract and completely understands the team has to assess its options for the future.”

Abiteboul said Palmer had shown he is capable of performing strongly, but had lost confidence amid a run of poor reliability mixed with repeated driver errors.

“We’ve seen very good things with Jo, both during the winter tests, during the season, during a session,” Abiteboul added.

“At the same time there’s been a mix of mistakes, missed opportunities - clearly not assisted by circumstance with reliability that has been clearly weaker on his side of the garage.

“And that lack of confidence has started to kick off in a sort of snowball and has led to the situation we have now.

“I’m really trying to protect Jo and to confirm to Jo almost on a daily basis my and the team’s commitment and full support – in order to recreate the confidence in himself and in the team. It’s not the job of one day.”

30 epic photos from the lens of Rainer Schlegelmilch