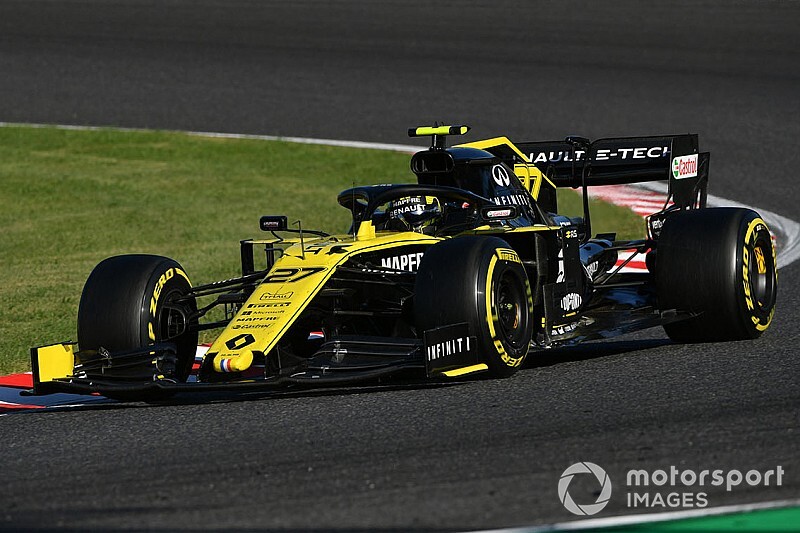 Renault has decided not to appeal the disqualification of its cars from the Japanese Grand Prix for running an illegal driver aid.

The French car manufacturer had the results of both Daniel Ricciardo and Nico Hulkenberg taken away in the wake of a protest from Racing Point.

Its rival claimed that Renault had been using an illegal pre-set brake balance adjustment system on its car.

Following a stewards' investigation, it was found that the device Renault used did not break any of F1's technical regulations. However, it was viewed that the button control system was in breach of sporting rules that declare a driver must drive the car alone and unaided.

Renault had until Thursday morning in Mexico to decide whether or not to appeal the disqualification, but in the end it elected to not take the matter further.

It made it clear that it believes the punishment handed out was excessive, but it did not wish to waste further time taking the matter to the FIA's International Court of Appeal.

A statement said: "We regret the Stewards' decision and, in particular, the severity of the sanction applied. In our opinion, the penalty is not proportionate to any benefit the drivers derived, especially when used within the context of a system confirmed fully legal and innovative.

"It is also inconsistent with previous sanctions for similar breaches, as acknowledged by the Stewards in their decision, but expressed without further argumentation.

"However, since we have no new evidence to bring other than that already produced to demonstrate the legality of our system, we do not wish to invest further time and effort in a sterile debate in front of the International Court of Appeal concerning the subjective appreciation, and therefore sanction, related to an aid that reduces the driver workload without enhancing the performance of the car.

"We have therefore decided not to appeal the Stewards' decision."

Renault added that despite its system being declared illegal it would continue to push with innovative ideas for performance gains.

"Formula 1 will always be an arena for the relentless search for the slightest possible opportunities for competitive advantage. It is what we have always done and will continue to do, albeit with stronger internal processes before innovative solutions are brought on track."

How F1 outcast Ericsson secured one of IndyCar's top seats

F1 to use track limits detection in Mexico