Renault Formula boss Cyril Abiteboul has defended the FIA’s decision to allow Fernando Alonso to do the Abu Dhabi test and slammed criticism from Racing Point as “a bit rich.” 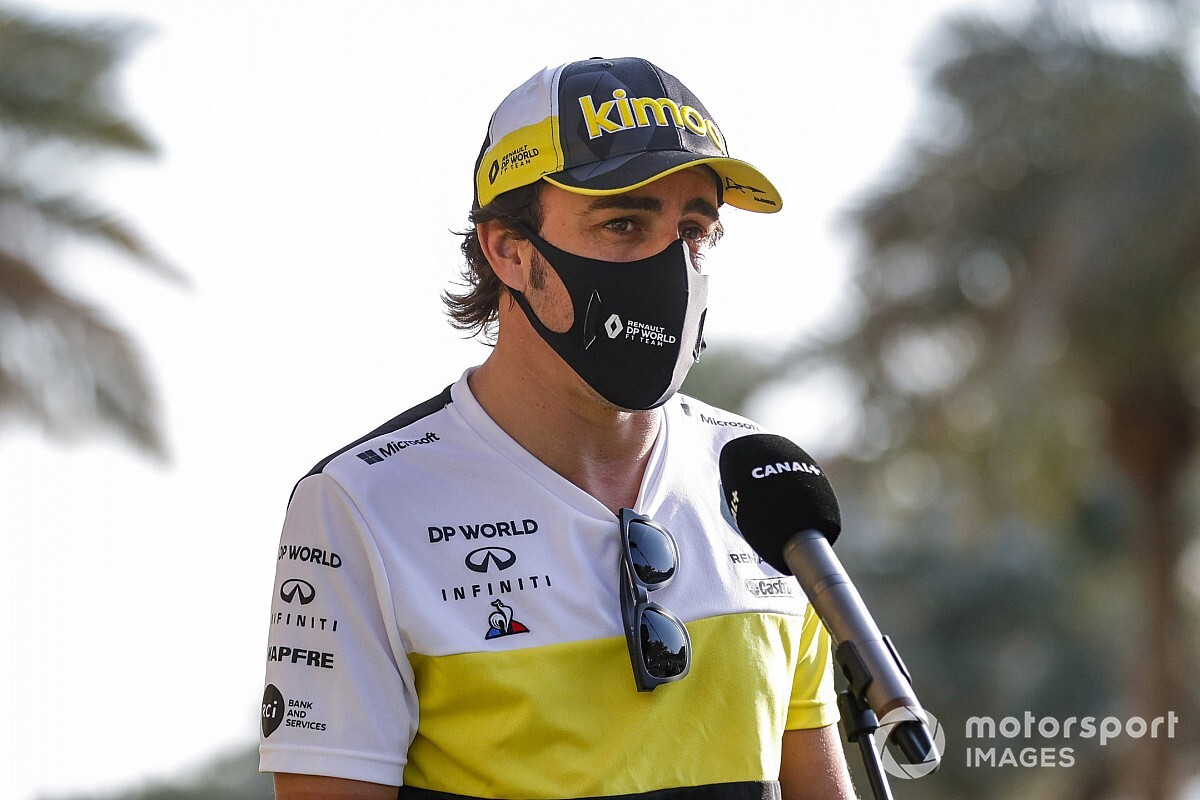 Renault has successfully lobbied the FIA for Alonso to be allowed to take part in what was originally agreed to be a test solely for young drivers.

The one-off rule defining the test, introduced as part of cost-saving measures at the height of the lockdown earlier in the year, reads that drivers “must be in possession of an International A Licence; and unless otherwise approved by the FIA, not have competed in more than two F1 World Championship races during their career.”

The FIA subsequently agreed that Alonso could take part, also giving the nod to Sebastien Buemi at Red Bull, and Robert Kubica at Alfa Romeo.

The decision infuriated rivals, notably Racing Point, McLaren and Ferrari. The last-named is now pushing for Carlos Sainz to be included, but the other two are missing the test, mainly because at the planning stages they did not have young drivers that they wanted to run.

Although known to be fuming, Racing Point boss Otmar Szafnauer has taken a diplomatic approach in public, and when asked on Friday said the team would consider its options.

“I’ve got to understand the rules,” he said. “I was surprised to see Fernando being allowed to test, so we have got to have that discussion with the FIA. I think the rules are pretty clear – it’s a young driver test and a two-time world champion almost in his forties or in his forties to me isn’t a young driver.

“I’ve got to understand what the rules are first and foremost, and then see what we do thereafter.”

Asked about Szafnauer’s comments, Abiteboul suggested that Racing Point should take up the matter with the FIA.

“There is an indication of young drivers, plus anyone that the FIA will give permission to,” he said. “And that's in the absolute right of the FIA to do that.

“So if Otmar wants to build a claim against the FIA, that would be quite rich, keeping in mind that we will know that they have an illegal car.

“We have accepted to settle that one. But if you want to have a go now at the FIA, I would find it quite ironic.”

Teams are unhappy that Renault will gain a sporting advantage by running Alonso, as it will allow him to make a bigger contribution to winter development. Abiteboul made no secret about what the Enstone team stands to gain.

“Why is it necessary?,” he said. “I mean, I'm going to be very straightforward. What's necessary is to give the team the absolute best possible platform to build upon for next year.

“Clearly we are not doing that with Fernando for commercial purposes, we are doing that for the sport, for our own competitiveness. And again, that's the case of every single entity.

Teams are not supposed to use the Abu Dhabi test to try development parts.

“There are limits in what we can do anyway,” said Abiteboul. “Frankly, it's still very much part of Fernando's going back into shape and stretching his legs.

“He's been amazing in the driving of the two-year-old car, we've done four days of that. He will have one more day of that. That's particularly important in the context of next year, we will have only three days to share across the two drivers of winter test.

“I know it's the same for everyone. But again, that's also one reason why we've asked for that. FIA has taken the time to wait for our request, and has given the permission, but that's very much around Fernando, rather than around the development of the car.”

Abiteboul has made it clear that the FIA’s decision was encouraged by the fact that the French manufacturer has a good record of supporting young drivers, with Guanyu Zhou running the second car in Abu Dhabi.

“More than 50% of the drivers in F1 today are coming from the ranks of Formula Renault Europcup. So again, we cannot be blamed for not investing into the young drivers.

“But yes, this time round, because we are thinking of next season, because we need to move on from what's been a great relationship with Daniel [Ricciardo] and we want to project ourselves in new into a new relationship with Fernando, we ask for that permission which the FIA has the absolute right to grant, and they granted it.

“So, it is what it is, and people simply need to deal with it.”