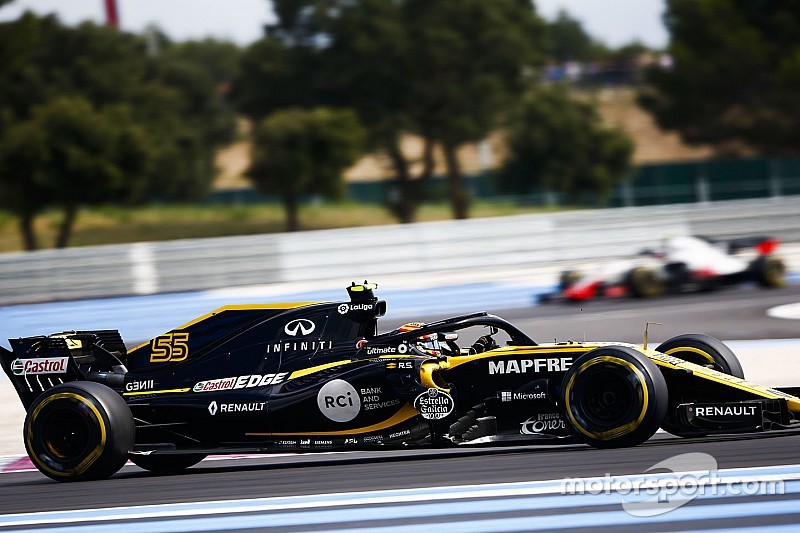 Renault Formula 1 boss Cyril Abiteboul hopes that the Enstone team’s current good form could let it make an early switch of R&D focus to its 2019 project, provided it can stay clear of its main rivals.

The team has put both its cars in the points at each of the last three races, and has gradually extended its advantage over McLaren, Force India and Haas.

Abiteboul believes that with less threat from behind in the championship battle, there will be less pressure to maintain a focus on developing the current car until the end of the year.

“I think it’s going to be mainly about defending our fourth place in the championship,” he told Motorsport.com. “But I’m not totally clear who we are going to have to defend that position against. Maybe Haas, or Force India? McLaren could be bouncing back.

“It’s not clear, but it’s something we have to monitor, because if we don’t have a clear opposition it may be diluted, which means we can have an easier end to the season.

"And that could mean we are able to quickly shift focus to next year, which has to be the next opportunity to make a step in the championship.”

Carlos Sainz and Nico Hulkenberg finished eighth and ninth in France, but the team was left frustrated because the Spaniard – who ran as high as third after the first-lap accidents – fell back from sixth place with a late MGU-K failure.

“It’s not a bad result, but two frustrations – the first one is that we were holding sixth position with Carlos, which would have been a fantastic reward for all the team effort during the weekend, and what seemed to us like a perfect weekend for Carlos.

“Irrespective of the end result, it was a weekend that showed the progress of Carlos, positioning him also a strong member and contributor to the team performance, in particular in front of such an amazing crowd and attendance.

“The other frustration is there’s still obviously a big gap, seeing that the leaders can have the biggest problem you can imagine at the start of the race, and still finish ahead of you – that’s frustrating.”

“We’ve not been lapped, like Canada. We were one second slower than the leaders, when we were two seconds from the pole, so we showed I think that our pace is actually pretty decent in the race, and that ties in with some upgrades that we’ve done to the car, in particular focussed on improving race pace.

“We need to understand the consequences that these developments may have had on qualifying pace, and see if we can overcome those issues as soon as next week in Austria.”

How Red Bull has kept up its aggressive aero push