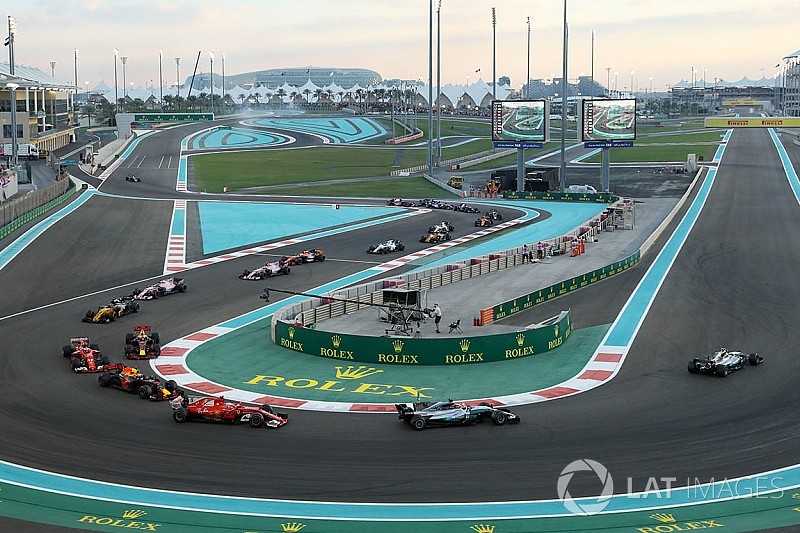 It had suggested that grouping grands prix into regional clusters would boost F1's popularity and reduce costs, with series commercial chief Sean Bratches mooting a calendar that started in Europe before shifting to the Americas and then ending in Asia.

There had been talk of this happening as early as 2019, but difficulties such as Australia's desire to remain the opener and Abu Dhabi wanting the finale slot have put it on the back burner.

"From an aspirational standpoint, I am an optimist – but I am also a realist, and based on some of the contractual commitments we have, and based on weather issues, it will be a while before we can get there – if we can [at all]," Bratches told Motorsport.com.

"We are trying to point this ship in that direction which will be much more efficient for fans, because we can navigate them for a period of time in the same timezone.

"It will also be more efficient for F1 to avoid the expensive travelling, and it will also create opportunities from a sponsorship standpoint because if somebody wants to activate in Europe, or the Americas, or Asia, it is difficult to do as we bounce all around right now."

Though calendar expansion has been a Liberty aim from the outset, F1 chief Chase Carey played down the likelihood of a 25-race schedule.

Vietnam, Argentina and a second United States race in Miami are among the potential new events known to be at the top of Liberty's wish list, although no deals have been concluded.

The calendar can be extended to up to 25 events, although teams have frequently expressed concerns about the impact that would have on their travelling staff.

"We don't have a target number of races," said Carey.

"We certainly could add races, we've got a lot of places that would like to have races – not always places that we'd consider – but I think there are actually quite a number that would be real positives for us.

"But I think our real focus is to ensure quality over quantity. We have the capacity and the rights to add races, and can ultimately go to 25.

"But I think our focus at this point is getting the races to be what they should be, and really all the components behind it.

"It's not just the race, but it's the hospitality, local partnerships, the event itself, the cities that support it, the public support to engage, and I think we'll continue to evolve those opportunities as we deal with renewals."

Carey underlined that not all the 2018 venues had long-term security.

"Some of them are short [deals] – Germany is back in this year, but it's a short-term agreement for the year," he said.

"We have interesting opportunities if we want to take them."