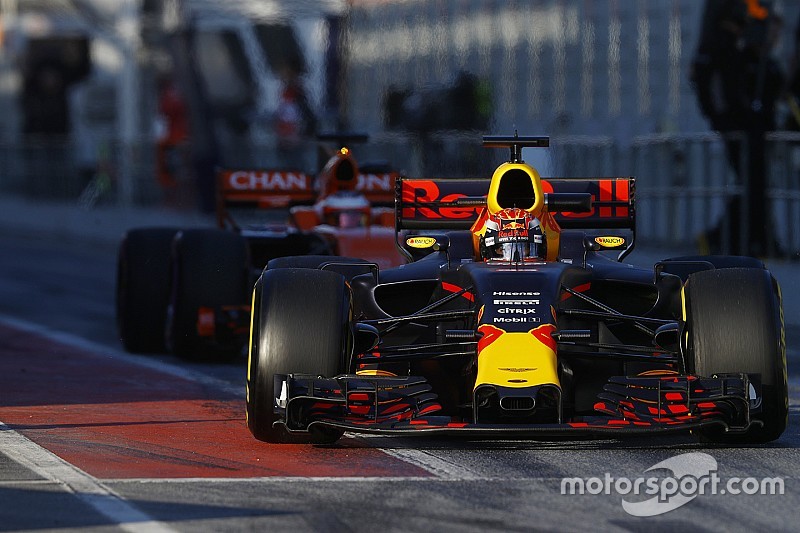 Formula 1's engine manufacturers have been reminded by the FIA that they are not allowed to 'burn' engine oil as fuel, after Red Bull suspected rivals Mercedes could have been employing such tricks in qualifying.

There has been much focus over the past 12 months about how Mercedes has been able to extract a decent step from its engine in qualifying, with its power advantage not so obvious in the races.

One idea that emerged from rivals was that Mercedes could have been cleverly burning excess oil – with added power-boosting or anti-knock additives – to help deliver a boost when it was needed in Q2 and Q3.

With F1 engines now operating on a closed system – the engine sump breather having to vent in to the main engine air intake system – the possibility of using oil as fuel has increased as it is more likely to get sucked into the chamber.

But such an action would in theory be in breach of the rules, because manufacturers are strictly limited in terms of the chemicals that can be used to power the engines.

Mercedes insists that it was not employing such tactics and has always complied with the rules, but that has not helped the suspicions go away.

Subsequently, the matter came up for discussion over the winter in meetings between technical figures with Red Bull especially eager to ensure that the situation was clear.

In response, it is understood Mercedes was willing to impose a 5kg limit on oil use, but such a figure was viewed as above what could have been being used anyway.

With no conclusion to the matter, it has emerged that Red Bull wrote to the FIA to seek clarification on what was and was not allowed.

In a response from the FIA's technical department, it was confirmed that any burning of oil as fuel would be a breach of the regulations.

However, the FIA acknowledged that it was impossible to rule out some 'consumption' of oil to take place when the engine was used.

Ever since F1's turbo hybrid rules came in, there has been a big focus on ways for teams to eke more power from the limitations on both fuel flow and the fuel limit.

Back in 2015, there were suspicions that teams had been cleverly storing fuel beyond the fuel flow limiters so it could be used later.

Furthermore, there was an investigation by the FIA about whether nor manufacturers had been adding additives to oil that would help boost power if it was burned.

At the 2015 Canadian Grand Prix, the FIA conducted detailed tests of some cars to ensure that no wrongdoing was taking place.