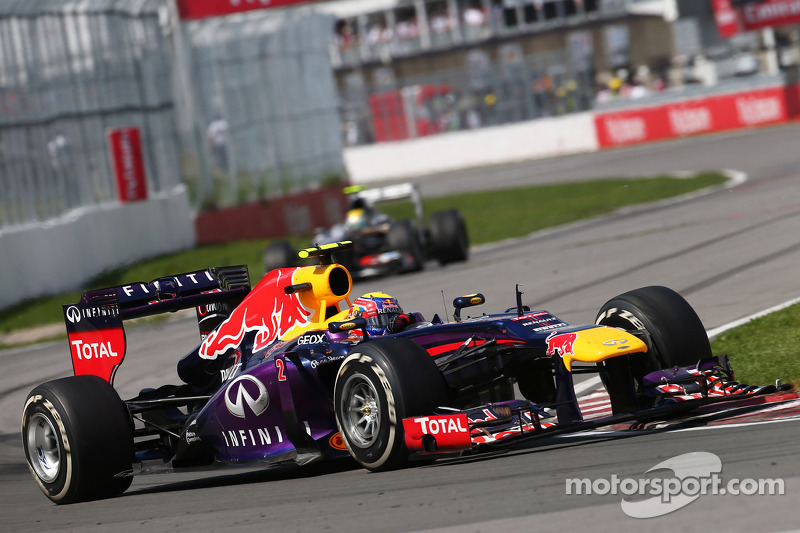 Jun.13 (GMM) Christian Horner has moved to calm speculation about Red Bull's driver plans for 2014 by saying he will hold talks with Mark Webber "later in the summer".

As the team extended its contract with Sebastian Vettel to include 2015, speculation ramped up that Australian Webber, 36, will not get a new deal beyond his contract that expires this year.

The early favourite to succeed him was Kimi Raikkonen, but the latest talk has been about the solid progress of Red Bull's Toro Rosso duo, Daniel Ricciardo and Jean-Eric Vergne.

"I think they're doing a good job so far," Horner is quoted by Speed Week.

"Both have shown they have the speed, now it's about adding the final touches to build on their experience and run regularly in the points."

Asked when Red Bull will make a decision about Vettel's teammate for 2014, Horner insisted that Webber is still very much a contender.

"Our driver pairing is one of the most successful in Formula One history," he said.

"We stand behind this team and will be having a conversation with Mark later in the summer."

On the pitwall with the Marussia F1 team