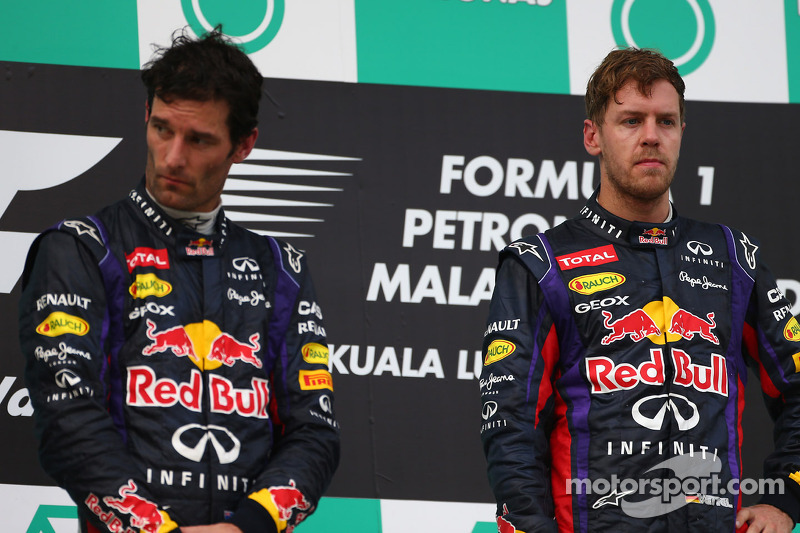 Christian Horner, Red Bull Team Principal: "What happened today is something that shouldn’t have happened."

Sebastian Vettel (Finish Position: 1st, Start Position: Pole Position): “I messed up today. I would love to come up with a nice excuse as to why I did it, but I can’t. I can understand Mark’s frustration and the team not being happy with what I did today; I owe an explanation to him and the whole team. 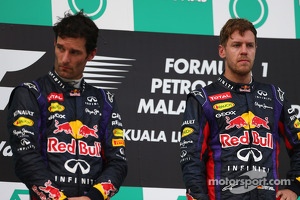 I will try to explain to them later. We talk about this situation happening many times and what we will do if and when it happens and normally it doesn’t, but today it did and I should have translated the call into action.

I got the call and I ignored it. Mark and I are used to fighting each other when we’re close, but with the tyres how they are now, and not knowing how long they will last, it was an extremely big risk to ignore the call to stay second.

We could have ended up finishing eighth or ninth after destroying the tyres in those two laps; I put myself above a team decision, which was wrong. I didn’t mean to and I apologise.

I’m not happy I’ve won, I made a mistake and if I could undo it I would. It’s not easy right now and I owe apologies to Mark and the team.”

Mark Webber (Finish Position: 2nd, Start Position: 5th): “I think Sebastian has respect for me and I have respect for him, but the situation today was not handled well.

It’s hard to put your finger on it all now after the race; when we’re racing on the limit and pushing as hard as we can, then it’s the worst situation for a team. I am sure they are bricking themselves and know that things can go wrong.

There’s a bit of history to this as well; my mind in the last 15 laps was thinking about a lot of things, but I was happy with the way I drove.

I tried to isolate what happened at the end and we got something out of it today, but of course I’m not satisfied with the result. This puts heat on a few people and unfortunately there’s no rewind button.

I know people want raw emotion from us after these situations and it’s there, but we need to remain cool. There’s three weeks until the next race, so time for us to work on things.”

Christian Horner, Team Principal: “Before getting into anything else, it was a phenomenal team performance from the car and pit crew today with the pit crew recording fantastically fast stops.

We recorded our fastest ever time on Mark’s second stop, which is possibly a new best-ever in the pit lane. Obviously there’s an awful lot of debate about what happened at the end of the race.

Our position after that finial pit stop was all about managing the race until the end and conserving our tyres, getting the cars to the finish and achieving maximum points.

Unfortunately drivers’ interests can sometimes come into conflict with the teams’. Sebastian decided to take things into his own hands today and race Mark, thankfully making a clean pass and switching the order to the flag.

It’s frustrating. Formula One is both a team and an individual sport and sometimes there is a conflict between a driver’s desire and a team’s interest.

Thierry Salvi, Renault: “It was a tough race. I think we managed well with both engines and fuel consumption was under control throughout. It was easier to control temperatures due to it being wet at the start.

I think the set-up we provided worked well. It was quite tight between both engines in the race and they were similar with engine performance.”