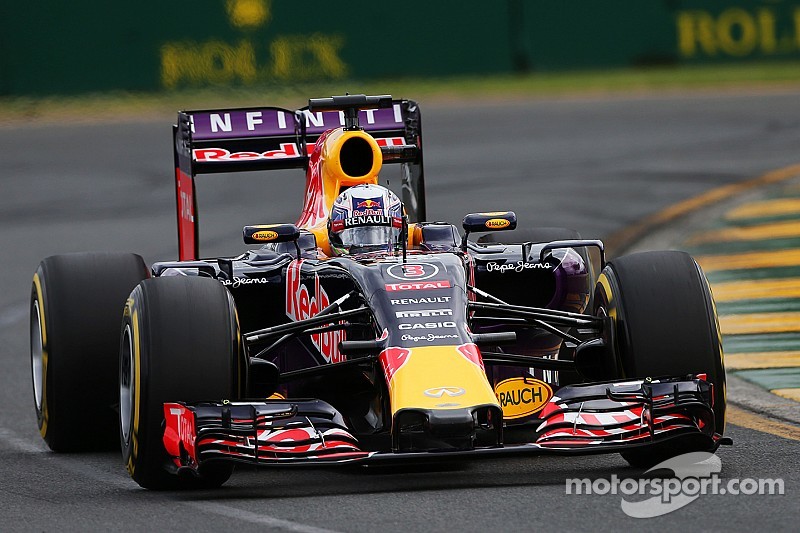 Daniel Ricciardo (Position: 7th): “We made progress through the session which is promising, it was so good to feel the car for once and push it properly. I think seventh is where we are now and I’m happy we achieved that as the weekend hasn’t gone well until now and qualifying was the first time I used the soft tyre.

The drivability has been tricky; we suffered a bit this time last year, but there are a few more issues this year which weren’t expected, but it’s how it is and we need to try and sort it out. I’m really happy with seventh as realistically that’s the best we could have done today. The progress we made through qualifying is real and hopefully we can carry that on for the race.”

Daniil Kvyat  (Position: 13th): “We are trying our best. It was hard with the few laps that we had and I was just trying to get up to speed; I didn’t have enough confidence to make a good lap. It’s not easy at the moment because we are trying to solve some problems, but we are making progress."

Christian Horner: “After a difficult build up to qualifying, Daniel did a great job to make it through to Q3 and qualify seventh, which was the optimum today considering the issues we face this weekend. Unfortunately Daniil’s qualifying was compromised by a gearbox issue which limited his mileage, but he acquitted himself well, although he lost two tenths at Turn 15, which could have got him through to Q3. Hopefully from rows four and seven on the grid, we will be looking to make progress in tomorrow’s race.”

No.1: Dan Fallows: Head of Aerodynamics

Dan admits he’s never satisfied with the car he and his team have produced, which he insists is a good thing. “No, I’m never happy with our cars, never have been, even when they’ve been dominant,” he says. “I think if you were happy with them, the instinct would be to back off a bit – and that’s not what you want in F1.”

2014 was an unusual year for Red Bull’s aero department. Despite finishing second in the Constructors’ Championship, performance indicators suggest that, in terms of aerodynamics, the RB10 was a very strong car.

Fallows aims to repeat that in 2015. His personal philosophy is that, irrespective of why the RB11 has a pace deficit, his task is to close the gap with superior aerodynamic performance and if other departments make strides of their own, that’s a bonus.

“We go into 2015 knowing we’ve got a long way to catch-up,” he acknowledges. “Everybody knows where our major deficit is but frankly, why we’re being outperformed is irrelevant. We have it in our power, in the aerodynamics department, to do something about it. F1 has plenty of performance differentiators: there’s the driver, the power unit, the aerodynamics, the use of tyres and so on ­­– but there’s really only one aspect over which the aero team can have a fundamental impact – so we go into the year knowing what the deficit is and working on the basis that it’s our job in this department to close that gap. We can do it because we have to the tools to do it, we’ve done it before and the aim is to do it again.”