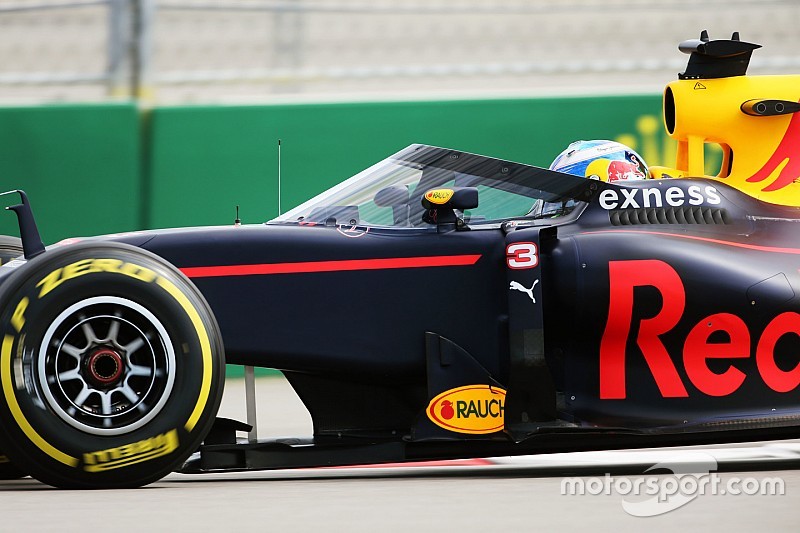 Following static testing with the new screen solution – which is being pushed as an alternative to the Halo – Red Bull elected the run the device on track for the first time in Sochi.

Ricciardo completed a single installation lap just to better understand what impact the screen has on visibility.

Rather than featuring the central support pillar of the Halo, the 'Aeroscreen' has two pillars that are in line with the wing mirrors.

The team wanted to use the installation lap to both help understand the impact of the device, as well as deliver an opportunity for F1 to better understand fan reaction.

When Ferrari trialled the Halo at pre-season testing in Barcelona it drew widespread criticism from fans who did not like how it looked.

Ricciardo said ahead of the run that in the interests of safety F1 would have to accept the days of open cockpits were coming to an end.

"It's different, it looks different and you're used to seeing helmets – and the helmet is the only thing of the driver a spectator can see," he said.

"Let's see. I've been for it, because of the safety things, and if it does save even one life over the next 20 years, you'd take that.

"I think you've got to be open to a bit of change. Obviously it's different, but in 2009 the cars changed visually quite a lot – and I thought they were ugly as hell – but you got used to them and they refined them. Now they look sort of normal again. If it's the same for everyone you'll adapt to it as a fan at least."