Red Bull has reverted to an older specification of bargeboard for Friday's Formula 1 test after an update was damaged in Pierre Gasly's crash.

On Thursday the team trialled a new bargeboard around the sidepod, as illustrated in Giorgio Piola's picture above.

Breaking the lower piece into two, the new lowest section featured two slots to create a more concerted effort in driving airflow around the lower reaches of the car, while the piece that used to form the top half is also mounted to the floor.

This twists inwards to let the lower section work a little harder.

But this was damaged when Gasly went off at the fast Campsa corner on Thursday afternoon, in what he called "one of the biggest crashes I've had".

Red Bull repaired the car overnight to allow Max Verstappen to tackle the final day as planned on Friday, with the car taking to the track 35 minutes into the morning session.

The rods the team used at the rear in last week's test have also reappeared for the final day.

Attached to the bottom of the rear wing mount, the rods appears to minimise the amount of flex in the floor - avoiding the potential of airflow buffeting underneath as it flaps around. 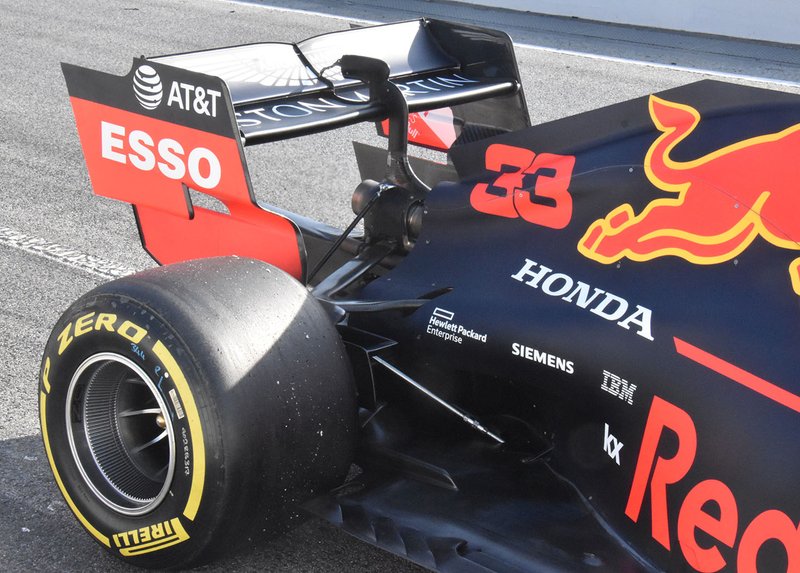