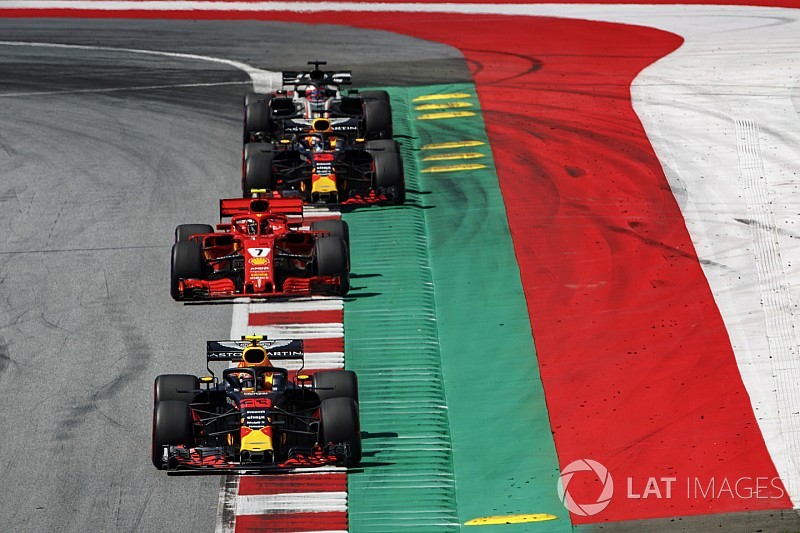 Red Bull boss Christian Horner says his team's Formula 1 title bid will not be hurt by its split from Renault, because the French car manufacturer has good reason to help its challenge.

The Milton Keynes-based team announced last month that it would be ending its long partnership with Renault to switch to Honda engines from 2019.

Although such a scenario could have led to Renault holding back on its upgrade plans with Red Bull now that they are not continuing, Horner suggests that the French car manufacturer appears to be as committed as ever.

“I think the fact that we aren’t a competitor to Renault or their own team – it actually helps their purpose by having an engine winning races and it gives them a barometer of where they need to improve,” said Horner, during a media briefing with selected media at the Red Bull factory on Tuesday.

“From the initial disappointment from Renault that there was after informing them of the decision, we’ve actually seen a reverse.

“They’ve introduced a qualifying mode for [last] weekend and they’re introducing another fuel upgrade for us in a couple of race’s time.

"We’ll then have a C-spec engine coming for around Monza; so we haven’t noticed any withdrawal of performance from Renault.

"And, if it gives them the opportunity to get their board more enthused about Formula 1, then it might actually help them.”

Max Verstappen’s victory at the Austrian Grand Prix has helped keep Red Bull in the world championship hunt – with the team now the highest scoring team over the past five races.

Since its drivers collided at the Azerbaijan GP, it has scored 134 points, with Ferrari having scored 133 and Mercedes 127.

When asked by Motorsport.com if he felt there was a title shot, Horner said: “I think we definitely have an outside chance: nine races, three victories, same amount of wins as Ferrari and Mercedes.

“Our Achilles heel has been not scoring with both cars, either through reliability or other incidents: although F1 is full of ifs, buts and maybes.

"If you look at the positions we were in and should have been in, then we should be leading the championship today.

“But the scoreboard is slightly different to that – we’ve closed the gap over the last few races and there's still a long long way to go. There are 12 races left and, so yeah, I think you have to consider us as an outside contender.

“There are some circuits coming up that should play to our strengths, places like Hungary, obviously Singapore. And there are circuits that will not be so good for us.

“But I think one of our major assets is as a race team, we’re extremely versatile and we’ve been very creative on strategy, pit stops, pit work as a team.

"The team’s working extremely, extremely well. So I think there is a chance in both championships and we certainly haven’t written anything off at this point in the year.”

Red Bull knows it will have to take some engine penalties soon, though, with Horner suggesting that the German Grand Prix later this month is the most logical place for it.

“Hopefully not this weekend, but probably we would likely incur a penalty around Hockenheim time, as we would want to avoid Hungary,” he said.

“Hungary is a key opportunity for us as it's a low power dependent circuit to hopefully be in contention for a win.”

Asked if the team would also take Renault’s new MGU-K, he said: “No. Certainly not before the summer break.”

Dealing with disruption: Behind the scenes of the decision making in Austrian F1 GP

Strategy Report: How disruption turned Austrian GP on its head