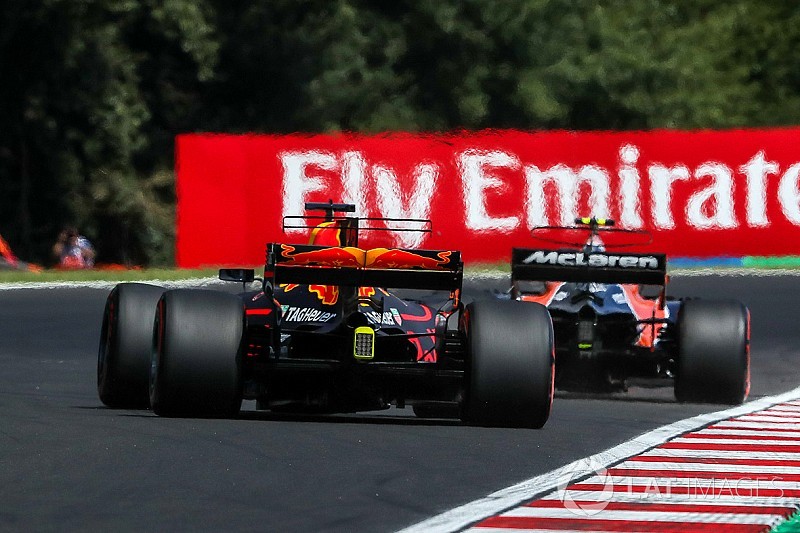 Red Bull may be forced into a switch to Honda engines for 2019, with current partner Renault working to end its supply deal at the end of next year.

Ferrari and Mercedes have no intention to extend supply deals beyond current commitments, and were not interested in Red Bull supply for 2016 when previously offered the chance.

Although Red Bull joining Toro Rosso with Honda power in 2019 has been an obvious option, should the Japanese engine show sufficient improvement next season, it now appears that the Milton Keynes team's hand has been forced.

Although an extended deal between Renault and Red Bull for 2019 and 2020 was never formally announced, Motorsport.com understands that it was agreed, but that it now in the process of being
cancelled by the French manufacturer as part of the fallout of Toro Rosso's divorce from Renault for 2018.

That leaves Red Bull with no option but to agree a Honda deal sooner rather than later.

However, it's not thought that the arrangement will be part of tomorrow's raft of announcements.

Red Bull did not respond to a request for comment when contacted.

A complete divorce between Red Bull and Renault after just one more season is no surprise given that they were forced into an uneasy marriage of convenience, with the engine badged as a TAG Heuer and no branding on the Red Bulls.

A Red Bull-Honda deal expands on the relationship that the two companies already have in MotoGP, creating obvious marketing opportunities.

As with Toro Rosso, the deal is likely to be worth a lot of money to Red Bull as it will no longer be paying for its engines, and will probably receive funding from Honda on top, which means that Red Bull boss Dietrich Mateschitz's financial commitment will be substantially reduced.

Red Bull may also be able to keep its TAG Heuer sponsorship, although the watchmaker won't badge the engine.

However, there are obvious question marks over Honda's potential form in 2019, even allowing for some improvement over the course of next season.

Longer term, Red Bull remains linked to the potential arrival of Porsche in 2021, which could mean that its deal with Honda lasts for just two seasons, potentially leaving Toro Rosso on its own again.

If confirmed, the news will also be of considerable interest to Max Verstappen and Daniel Ricciardo, both of whom are on the market for 2019.

The likelihood is that they will now accelerate the process of looking for alternative seats, with opportunities currently available at both Mercedes and Ferrari.

Honda confirms no penalty for Vandoorne