The FIA stewards will review the decision not to give Lewis Hamilton a penalty for failing to slow for yellow flags following a request by Red Bull. 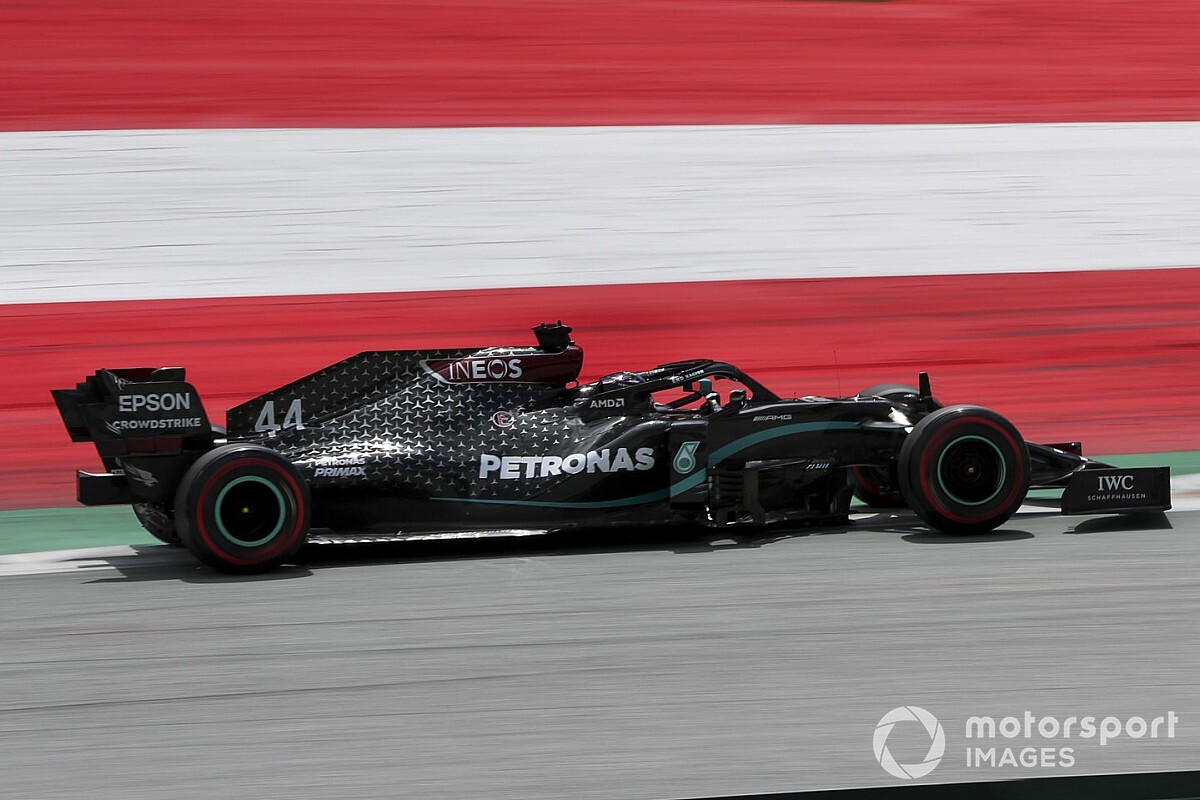 Hamilton was summoned before the stewards after appearing to fail to slow for yellow flags on his final Q3 lap on Saturday, shown following a spin for Mercedes teammate Valtteri Bottas.

Hamilton improved his laptime by one tenth of a second despite the yellow flags, but was later found to have received conflicting signals from the marshal posts, showing both green and yellow flags.

As a result, the stewards took no further action, allowing Hamilton to keep second place on the starting grid.

But the decision will now be reviewed following a request by Red Bull, with a hearing beginning at 1:45pm local time in Austria.

"Obviously some new evidence has come up with a different camera angle, so we just asked them to have a look at it," Horner said on Movistar TV.

"Especially considering what happened with Max in Mexico last year. More than anything you just want consistency, otherwise what do we do the next time you see a yellow flag?"

Hamilton explained in the post-qualifying press conference that he did not see the yellow flags shown for Bottas' spin.

"I came round the corner, I got on the power and I thought that Valtteri perhaps had just gone wide and come back on the track further up the road," Hamilton said.

"I was looking out for the gravel on the track and for a car on the track, but there was nothing there so I continued.

"Then I saw as I was going into, I think it was to Turn 6 that Valtteri was much further to the left.

Bottas will start the race from pole position, with Red Bull drivers Max Verstappen and Alexander Albon in line to benefit from any action against Hamilton after qualifying third and fifth respectively.

Binotto: Demanding Mugello would put on "great show" for F1