© 2021 Motorsport Network. All rights reserved.
TV Buy tickets Store
Previous / Why a new era for Williams could beckon success Next / Giovinazzi says he improved "quite a lot" in 2020
Formula 1 / Breaking news

Red Bull open to lending Albon out to other F1 teams

Red Bull is open to lending out Alex Albon to other Formula 1 teams in 2021 if one of their regular drivers has to drop out. 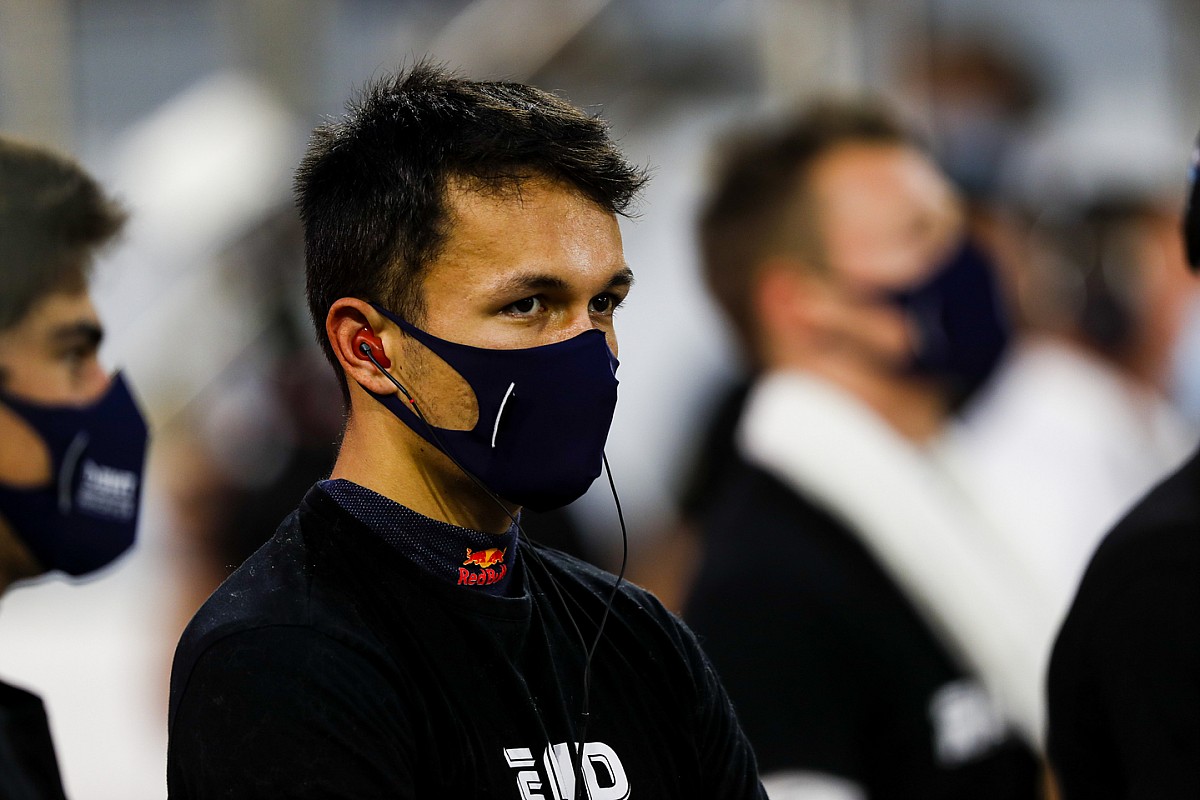 Albon has lost his full-time race seat at Red Bull for next year, but will retain an intense development role and be present at a majority of races as the team's reserve.

With three drivers (Sergio Perez, Lance Stroll and Lewis Hamilton) having missed races in 2020 because of coronavirus, there is a high chance that there will be further absentees next season too.

That means Red Bull sees Albon getting a chance of an F1 race return in 2021 at some point – and it could be with another team if they want him.

Speaking to Motorsport.com about what Albon had been told his role would be, Marko said: "We assured him that we will use him massively in testing. After all, there are the 2022 tyres to test, and there are separate tests for that.

"He will do a lot of simulator driving and he will also be at many races as a reserve driver. After all, that involves four cars for us.

"The chances of him being used are there. In addition, we are prepared to lend him out if a situation arises at another team that they need a driver at short notice. Then he will get race kilometres. So it's not the end."

Red Bull elected to go with Perez instead of Albon for next year, after feeling that the Mexican's strong form in the second half of 2020 could not be ignored.

Reflecting on why Albon had not been retained, Marko said that the key issue was that his form was too up and down.

"[It was] a lack of consistency and he got rattled too easily when, for example, the wind gained intensity or came from a different direction," explained Marko. "Or when the tyres started to degrade, then he lost time disproportionately."

Marko thinks that Albon also took a mental battering from having to go up against Max Verstappen each weekend, which could explain why the gap between the two drivers never closed up.

"It's certainly a mental story as well," added Marko. "But when you have a teammate who is permanently driving at the absolute top level, no matter what the car is like, it plays a minor role, I think.

"Of course, getting to the mental thing, all the reports and the unsatisfactory results have unsettled him. His gap to Verstappen actually increased over the course of the season, not decreased. It was marginal, but it increased."

Why a new era for Williams could beckon success

Giovinazzi says he improved "quite a lot" in 2020