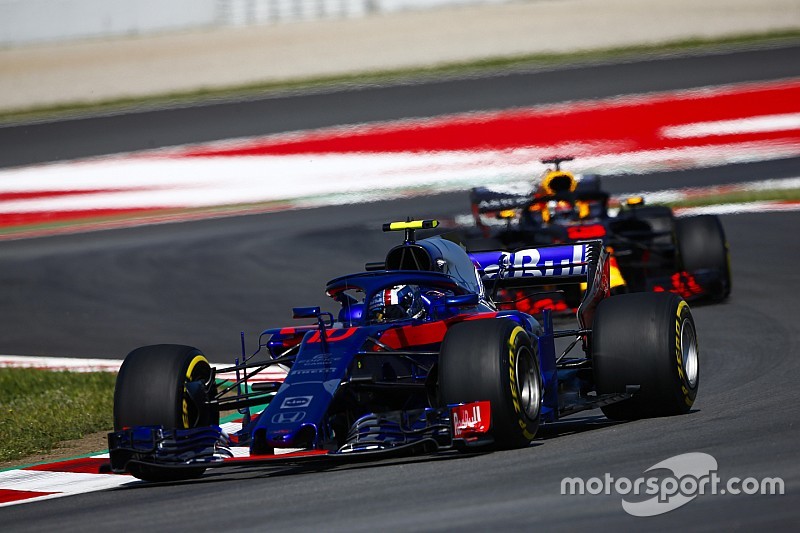 Red Bull insists it won't make Toro Rosso "sacrifice" its season through grid penalties to help Honda push on with updates, but is open to opportunities that could help with long term plans.

With Red Bull eager for Honda to make as much progress as possible before next year, there is scope for the Japanese manufacturer to push through more engine updates in 2018 even though it would meant grid drops for Toro Rosso.

But Red Bull boss Christian Horner says that while there are possibilities for Honda to be able to trial improvements, he says such moves do need to be balanced out with Toro Rosso's need to finish well in the constructors' championship.

Toro Rosso is currently eighth in the standings, 29 points behind McLaren but only three ahead of the fast-rising Sauber team.

Speaking about pushing Honda to experiment with new engines at the cost of Toro Rosso's campaign, Horner told Motorsport.com: "I don't think we'll be pushing them to sacrifice Toro Rosso.

"But obviously there are opportunities to learn for the benefit of the group, which ultimately Toro Rosso will benefit from as well.

"That's obviously something that remains open, but of course Toro Rosso have got their own fight with the constructors they're competing with, that obviously has significant value to them."

Red Bull's decision to switch to Honda, which came after an encouraging start to the campaign, was made before questions began emerging about the actual progress the Japanese car manufacturer has made.

An update that was introduced at the Canadian Grand Prix appears not to have delivered as dramatic step forward in power as Red Bull may have hoped, and there have also been some reliability niggles.

Horner is not worried about the situation, though, and thinks that the ultimate performance of the engine has been disguised by track characteristics forcing Toro Rosso to sacrifice downforce.

"From what we saw, certainly the last couple of samples – Austria and Silverstone – you can see that the performance of the engine is pretty close to where we currently are with our current supplier," said Horner.

"Of course, Toro Rosso have been running varying amounts of downforce at the past couple of venues.

"It feels like Honda are on the right trajectory. They seem to have the right goals and targets, and we're looking forward to working with them in a much more collaborative manner as we move into this new relationship."