Red Bull: No points after the Turn One 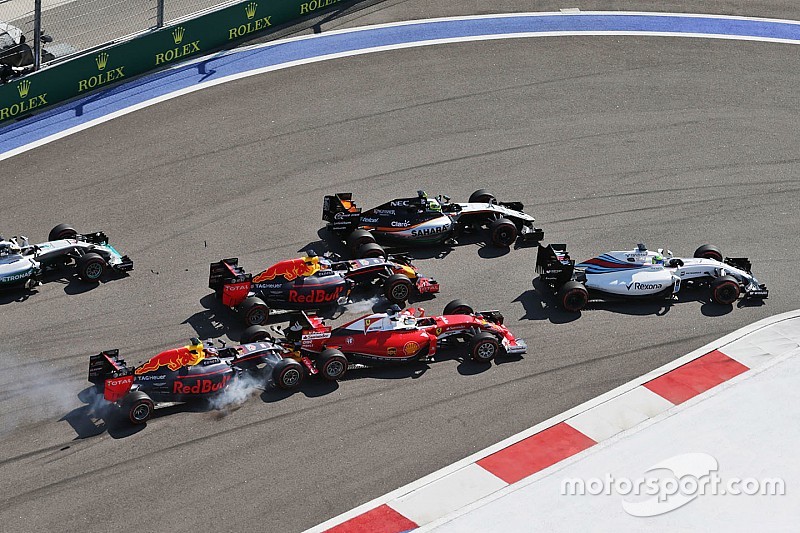 Christian Horner: “Unfortunately our race concluded at Turn One for both our drivers."

“It’s frustrating and a shame to be out of the race more or less from the first lap onwards but I think these things happen with racing. After the start I felt a big hit. I saw Seb come into me but it looked like he got hit as well. We had a lot of damage and had to pit. We thought we’d try the mediums but that wasn’t really working. Unfortunately the damage was so much that we didn’t really learn anything from today’s race and we don’t know what our pace was. Barcelona and Monaco should be better, so we have a few races to be excited about.”

“There was a lot going on at the start and I didn’t expect to slow down as much, I locked the rear wheels and the car was a bit out of control which caused the contact with Sebastian. On Turn 3, I couldn’t see what was happening ahead, Sebastian seemed to slow down and unfortunately I didn’t have time to react and this caused the second contact. I’m sorry for Sebastian and also to the team as we gave away a lot of points today from both my side and Daniel’s. It doesn’t feel great, this is probably the messiest first lap of my career.”

“Unfortunately our race concluded at Turn One for both our drivers. It looked like Dany misjudged his braking and hit the rear of Sebastian’s car who in turn hit Daniel causing significant damage to both our cars. This lead to a double pit stop for new front wings. From there Daniel did what he could with the damage to his car to finish in 11th and Dany in 15th. It has been a frustrating day for the team as obviously we gave away a lot of points. Dany hasn’t been involved in an incident like this before and I am sure he will learn from it. Apologies to Sebastian as well, it’s not the race any of us wanted.”