Ahead of the second red flag restart at the Jeddah circuit on Sunday, Masi spoke to Red Bull sporting director Jonathan Wheatley and asked the team if it wanted to move Max Verstappen down the grid order.

That was because Verstappen had retaken the lead from Lewis Hamilton after the first restart only by running off track around the outside and gaining an unfair lasting advantage just before the race was stopped.

Masi laid out an offer for Wheatley to effectively give the place back to Hamilton on the grid, or else risk the stewards later potentially handing the Dutchman a clear penalty.

The conversation between Masi and Wheatley was broadcast on the international television feed, and was as much a surprise for teams as it was for fans.

Asked for his reaction to that moment, Horner said: "It was a bit like being down the souk, which was unusual. I haven't come across that previously."

It was not just Red Bull taken aback by the offer, with Alpine executive director Marcin Budkowski, whose driver Esteban Ocon ultimately benefited from the call by starting from pole, also finding the situation unusual.

"There was this pretty surreal discussion between Michael and Jonathan, which was like being at the local market with a bit of trading for position versus penalty," he told Motorsport.com.

"We found ourselves on pole, but it was unusual and we were discussing that during the race, I guess it happens during the races, not necessarily bartering, but during the race you would have a discussion where you are advised to give a position back.

"And if you don't, then it could go to the stewards and you could get a penalty.

"I guess it's not too dissimilar, but it was fairly exciting to have that during the red flag - and a bit surreal." 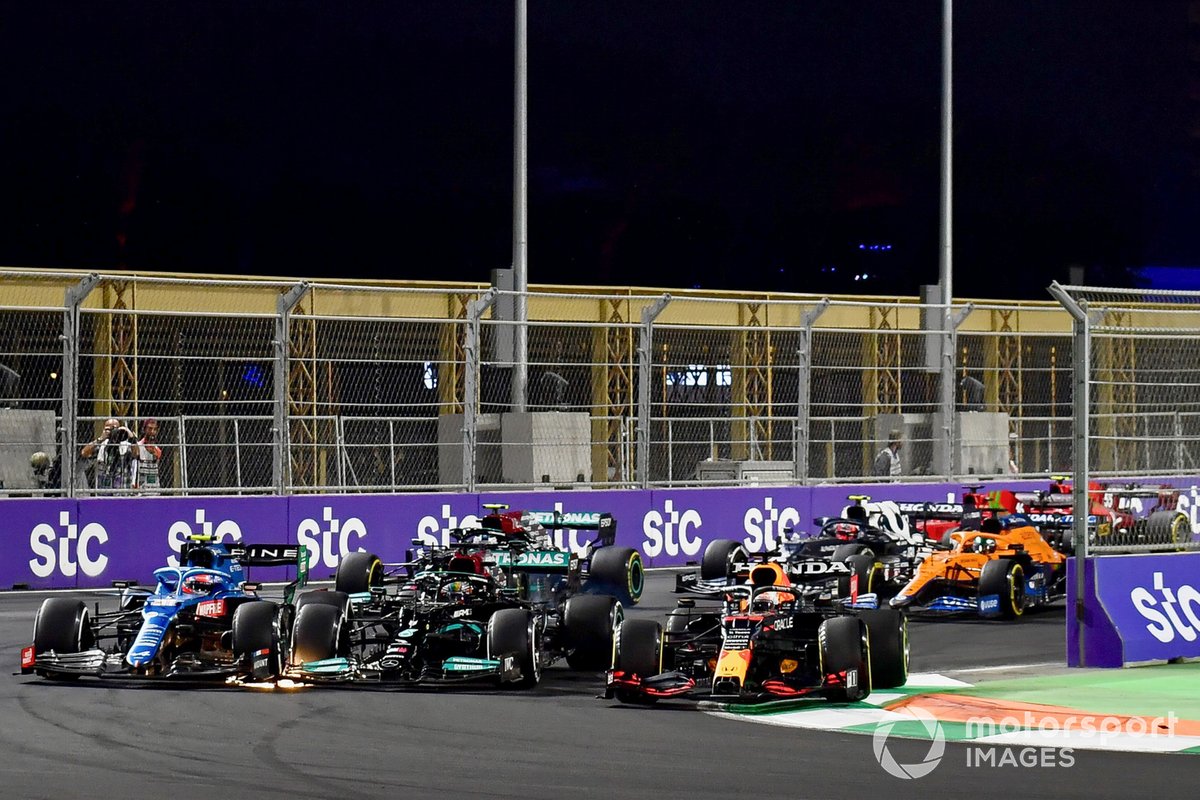 Mercedes boss Toto Wolff reckoned that the events surrounding the bartering for grid positions needed to be looked at.

"It was a new situation for us as well," he said. "We lost the position with this actually very hard manoeuvre in Turn 1 and 2. Then, they said, we have to turn the position around, so you actually have track position.

"Then there's a restart and of course it's not much help if you lose it again straight away. We have to look at that.

"I think Michael Masi has his hands full in the race with debris and crashes. But from the outside, we can certainly learn from it."