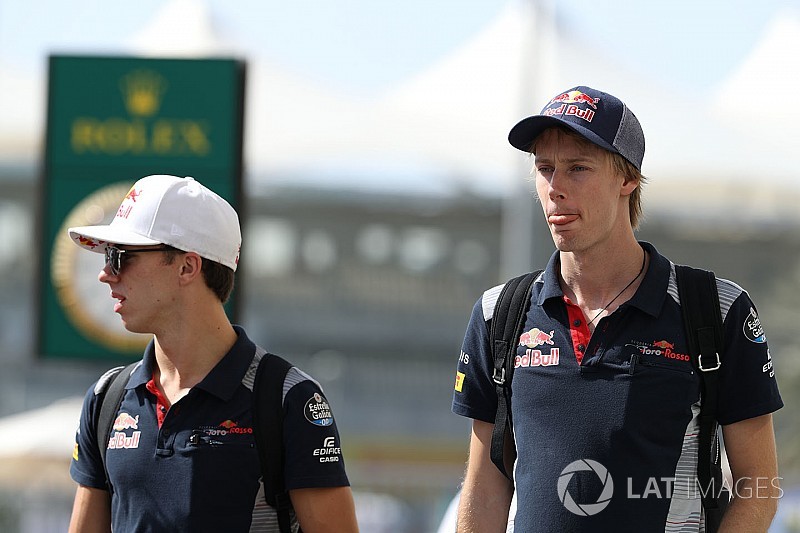 Red Bull has "softened" and got "calmer" with its Formula 1 junior programme in recent years, reckons its long-time driver Mark Webber.

Though Webber's junior career was not Red Bull supported, he joined its F1 team from Williams in 2007 and stayed for seven years.

Webber said Red Bull had contacted him for advice on his former Porsche LMP1 teammate Brendon Hartley before recalling the Kiwi to its roster and giving him a Toro Rosso F1 seat seven years after it dropped him from its junior programme.

"It's not as maybe as intense as it was in the former years. And maybe this opportunity would not have come about [then].

"You have to take your hat off to Helmut - he has looked at it, he's given him a second chance.

"It is a different environment. It's much calmer - which is I see only an upside."

Hartley admitted that he "crumbled" when he first had an F1 chance with Red Bull, and Webber agrees that the now-28-year-old is much better prepared for this opportunity.

"He openly says he wasn't ready when he was younger," Webber said.

"Some people mature, some people go early. There would be lots of Formula 1 drivers that would love to have a second bite of a cherry. Not many did. At all. But he did."

Though Red Bull brought Hartley back into its fold this year, it jettisoned Daniil Kvyat as it made room for Hartley and Pierre Gasly at Toro Rosso.

Kvyat had won the Formula Renault Alps and GP3 titles as a Red Bull junior and was promoted from Toro Rosso to Red Bull Racing just one year into his F1 career, but was then demoted in favour of Max Verstappen in early 2016 and then dropped altogether before this season was over.

Webber cited the example of Jan Magnussen, tipped for greatness following a dominant 1994 British Formula 3 title but dropped from F1 after one and a half mostly unsuccessful seasons with Stewart, as evidence that junior category form did not necessarily translate to grand prix racing.

"There's been so many drivers who were unbelievable in the junior categories, but did not really fulfil their promise in Formula 1," said Webber.

"In Formula 1 I think it's a bit like a Michelin star restaurant, where as a chef you have to be an expert in many different dishes.

"In the junior categories you don't. You have to be an expert in one or two dishes.

"But Formula 1 is like a very, very tough test for the driver envelope of operation and your ability to work with people.

"You don't really have this so much in junior categories. If you're fast, you can still do the results, but later on you need to have mind management and the composure."

Steiner says no American driver is ready for F1 now