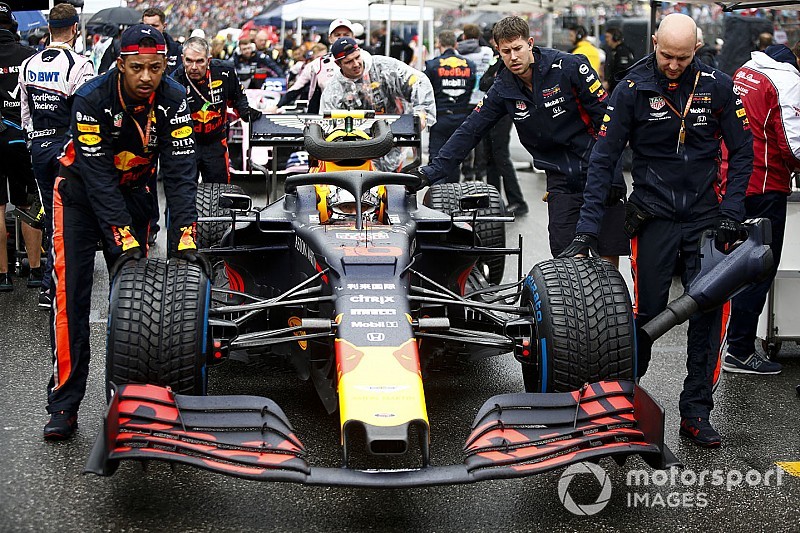 Red Bull thinks that the poor starts for Max Verstappen and Pierre Gasly were caused by a software mapping issue that the team needs to sort with Honda.

Verstappen and Gasly both dropped down the order during the wet standing start after suffering excessive wheelspin when they tried to get going.

Red Bull team principal Christian Horner described their getaways as terrible and said it was important the outfit looked into detail about what went wrong.

“It was horrible,” he said. “Both cars had an issue at the start, so we need to look into that. They both held their heads at that point though.

"Max quickly got himself back into running behind the Mercedes. Pierre dropped further back but was starting to make some progress and he made another mistake.”

Asked by Motorsport.com if the start issue was a mapping problem from either Red Bull or Honda, Horner said: “I think it was a mapping issue. I think it's a numbers thing we did on our side that we need to work with Honda to try to fix. I think it could be similar to Austria, so we need to understand what we're doing to cause that situation.”

Pierre Gasly reckoned that his getaway from fourth was even worse than that of Verstappen ahead of him.

“Yeah, just a lot of wheelspin,” he said .”It was the same on all the gears, so we need to analyse a bit more.

“To be fair at the moment I don't really have an idea about what happened exactly, so I don't want to comment too much. But for sure, I saw Max had a poor start, and I had an even worse one behind him.”

Verstappen's poor start did not prevent him from taking his second grand prix of the season, in a grand prix where changing track conditions left teams and drivers switching between wets, inters and slicks.

Reflecting on the madness of the afternoon, Horner said the event reminded him of Ayrton Senna’s famous triumph in the 1993 European Grand Prix. 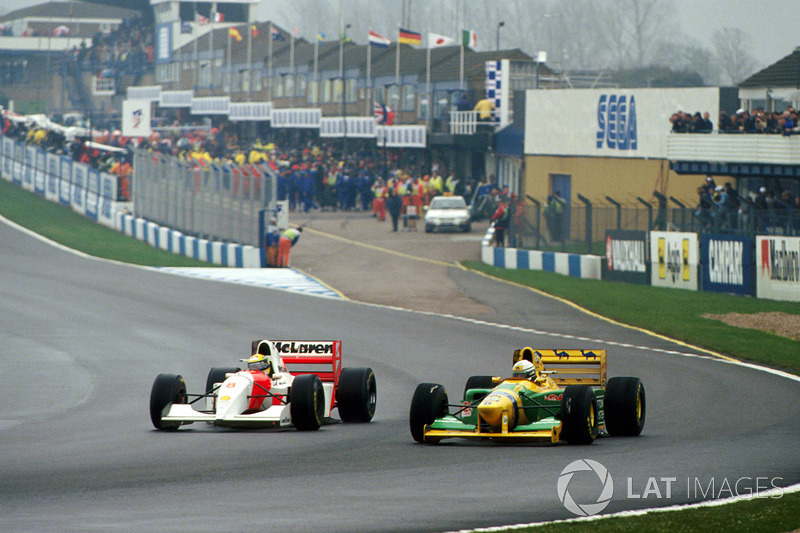 “It was an amazing race, it was a bit like Donington '93 I think,” said Horner.

Despite the win, Horner said that Red Bull got one of its calls wrong when it put Verstappen on to medium slicks early in the race.

The Dutchman questioned the decision over team radio at the time and, as he struggled to get temperature in the tyres, he had a spin at one point but was able to get going again.

“The circuit looked like it was ready for dry tyres, and we went for the yellow compound, the medium, because we thought we might be running that tyre to the end of the race,” Horner said.

“We were quite concerned about the graining on the soft and the longevity. There were some teams that went soft, some didn't. Then Max had a spin on his out-lap, but he kept it together.

“With hindsight it wasn't the right tyre to put on at that stop, but I think it was the only mistake we made.”

Once Verstappen had got himself to the front of the field, Horner said the Dutchman was easily able to manage his performance to bring home the win.

“He just kept his head and managed the car, managed the tyres,” added Horner. “You could hear he was almost like on a Sunday afternoon drive judging by the dialogue with his engineer, to win a thriller.” 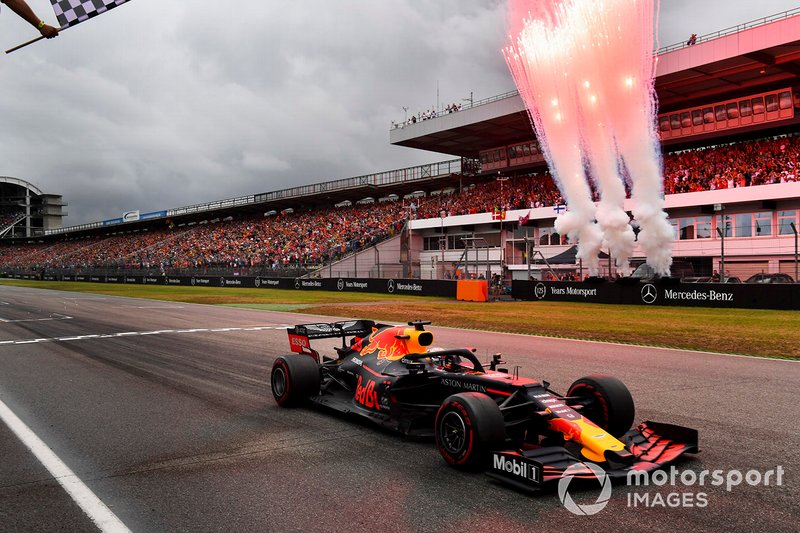