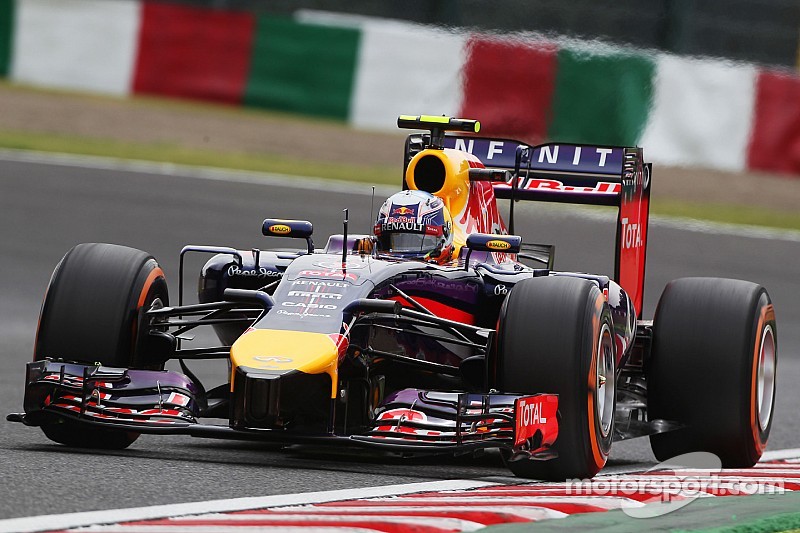 Both drivers talk about Sebastian Vettel decision to leave the team.

Daniel Ricciardo, Position: 6th, (3rd Practice – P6, 1:35.086): ”I was quite surprised by Sebastian’s news, I didn’t know before this morning; it’s two pretty big changes for the team, Sebastian leaving and Daniil coming in, but Seb’s done his work here at Red Bull and he feels it’s time to move on. I’m glad I got one year to race with him and see how he works, I heard a lot about his work ethic before the season and it was good to see that this year and to go against him.

Daniil’s coming in and I expect him to be quick – I know him pretty well and it should be good fun working with him. I’m happy with how we bounced back in qualifying after my mistake yesterday, I thought we would be better here, but I think sixth is realistically what we could do today. If it rains tomorrow then we should be looking a bit better”

Sebastian Vettel, Position: 9th, (3rd Practice – P15, 1:36.460): “I wasn’t entirely happy with that qualifying, we lacked some running his morning but I wasn’t able to go with the track and was on the back foot, I struggled a bit on corners that I normally love, so it’s not easy, but tomorrow we still have a chance if it rains, if it doesn’t then it’s tougher from where we start but we will see.

Red Bull and I have had an incredible run together. I’m leaving a very happy place and of course it’s difficult but at some point you want to do something different. We had a good time and I hope we have a good final five races. I’m not leaving because I don’t like the team nor because I don’t like individuals nor the situation, I’m not running away from anything – it felt like the right time and the voice inside me and hunger to do something new was bigger.

So, even though it’s not the easiest decision to live with, you have to listen to your heart and go in your direction. I feel ready and the time is right to start something new. It’s a very difficult decision after 15 years together with Red Bull, it’s a tough day.”

Christian Horner: “On face value, sixth and ninth aren’t exactly stellar grid positions but, with the decision on set-up that we made for tomorrow’s race due to the inevitability of rain at some point, hopefully that will pay dividends tomorrow. We will see in 24 hours. I think Daniel extracted everything he could out to the car today and it was good to have both drivers getting through to Q3.”

Thierry Salvi: “It was a hard time today. Daniel managed to get the maximum from the car but Seb was less fortunate after missing some of FP3 with an ERS issue. Although it was fixed for qualifying the lack of running did not give him the time to set-up the car and maps. We need to recover some pace for the race, but conditions tomorrow will be very different in any case.”

A strong qualifying session for Williams at Suzuka