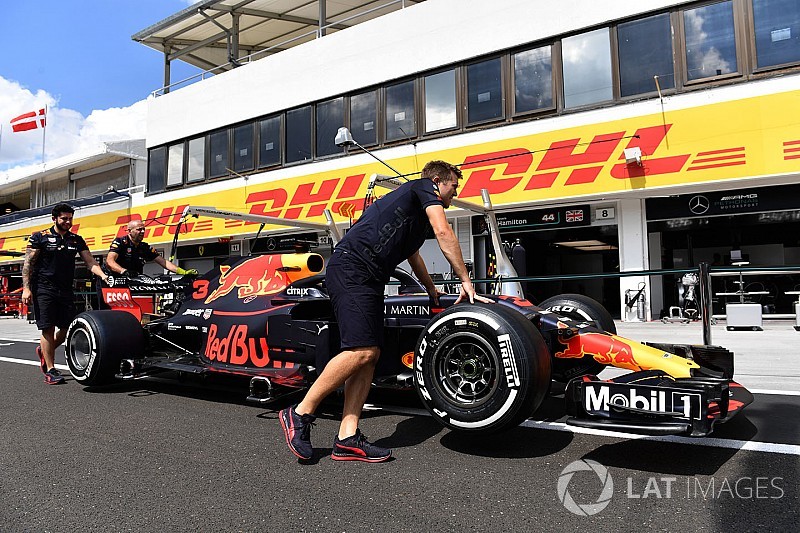 Red Bull Racing is introducing a new spec of ExxonMobil fuel in Hungary this weekend as the team attempts to close the performance gap to Ferrari and Mercedes.

Red Bull has to commission its own dyno running at Renault's Viry-Chatillon base in order to prove any new ExxonMobil fuels, as the works team and McLaren both use BP Castrol products, and inevitably most dyno running is devoted to their requirements.

That means that fuel developments don't necessarily reach the track as far as Red Bull would want, so this step has been eagerly awaited.

"This will be I think the first in-season step of fuel," team principal Christian Horner told Motorsport.com.

"The guys at Exxon have been working very hard on developing the fuels. Obviously fuel plays such an important role in F1 these days, so it's great to introducing another candidate here this weekend.

"Inevitably Viry's focus is mainly around development with their own fuel supplier. We're lucky to be working with a partner with the capabilities of Exxon, and of course when you're in a customer relationship it's different to that of being a works relationship.

"But obviously we've now had the opportunity to introduce a new fuel this weekend, and hopefully it will bring some added performance."

Asked if it was a worthwhile step, Horner added: "We'll see. Certainly so far the feedback has been encouraging."