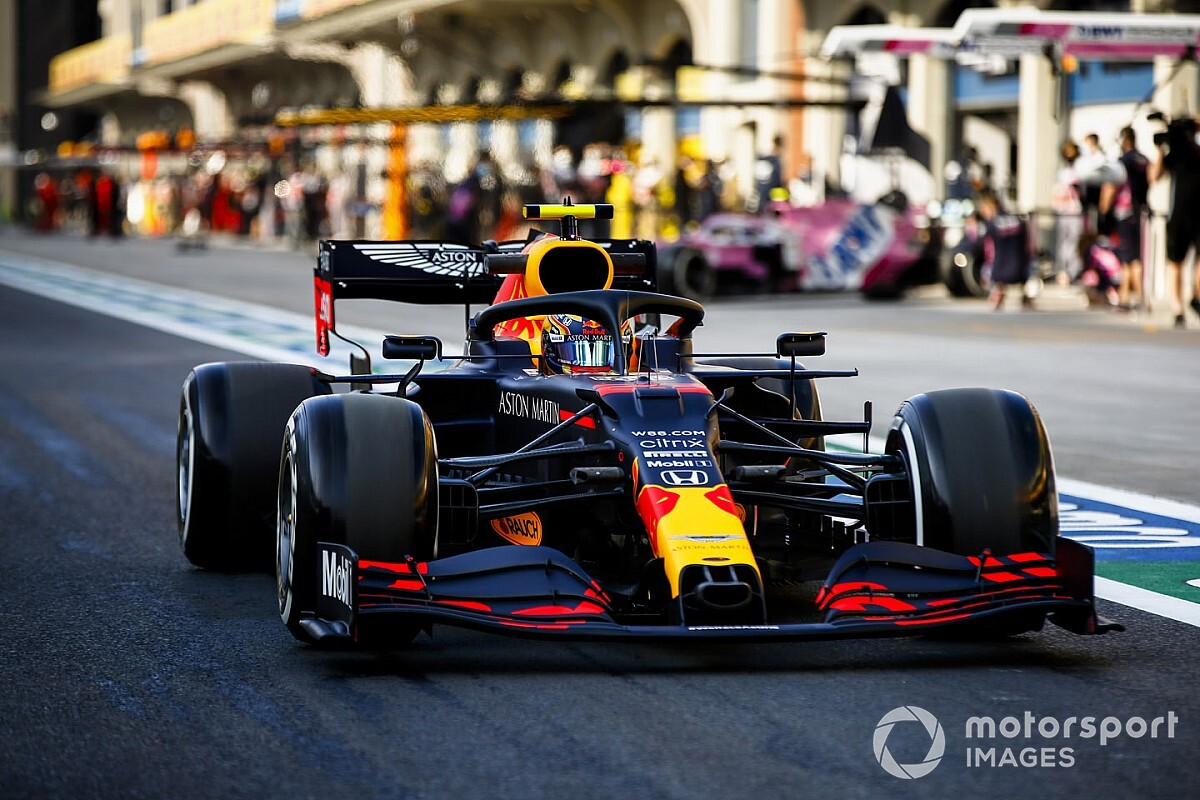 Christian Horner says the fact that all other seats look taken on the Formula 1 grid for 2021 has bought Red Bull more time to decide on Alexander Albon's future.

Red Bull is currently weighing up whether to keep Albon with the team for 2021 alongside Max Verstappen following a difficult first full season.

Albon has scored just one point since finishing on the podium at Mugello two months ago, but has been told by Red Bull the seat is his to stake a claim to in the coming races.

Were Red Bull to drop Albon, the team has already said it would look outside of its own driver pool for next year, pointing to experienced free agents such as Sergio Perez and Nico Hulkenberg as candidates.

Asked for an update on the situation surrounding Albon's future, Red Bull team principal Horner said the fact that all other seats on the grid for next year have been resolved means it can afford to take its time.

"Looking at today, he's had a pretty decent day, probably his best Friday for quite a while," said Horner after Albon finished second in FP1 and fifth in FP2 for the Turkish Grand Prix.

"As I've said all along, we want to see Alex lay claim to that seat. I think the difference is that [with] the alternatives we have, all the seats are full in Formula 1.

"So that buys us a little bit of time to make the most informed decision that we can, and of course give Alex as much time as we can and as much support as we can, and see what happens over the remaining three or four races."

Haas is yet to confirm its line-up for next year, but looks set to take on F2 drivers Mick Schumacher and Nikita Mazepin, while AlphaTauri is expected to partner Yuki Tsunoda with Pierre Gasly.

Mercedes is also yet to strike a new deal with six-time world champion Lewis Hamilton for next year, but is widely anticipated to agree terms once a seventh title is sewn up.

It has made Red Bull the only realistic option for outgoing Racing Point driver Perez to remain on the grid for next year, or for Hulkenberg to make a full-time return.

But Horner said Red Bull was not looking to place any deadline on deciding its full driver line-up for next year.

"We're not putting any particular timescale on it," Horner said.

"Alex's contract allows us to make that decision after the season. Obviously we're aware of what the other options are.

"As I say, all the other seats are committed now in Formula 1, apart from Mercedes, and I doubt that Lewis will be joining us next season. But you never know."

Wolff not in favour of F1 racing in 'oversized car parks'