While the Milton Keynes-based team saw Max Verstappen clinch his maiden drivers’ title on Sunday, it has expressed some unease about the way events have been handled through the 2021 campaign.

The FIA has found itself in the firing line over the past 48 hours for the way that F1 race director Michael Masi handled the final safety car restart.

In particular, a decision to only allow a selected few backmarkers to unlap themselves on the penultimate lap, allied to a call that goes against one of the rules in going for an immediate restart, has triggered a wave of criticisms.

The Mercedes team protested the FIA’s actions on Sunday night. And although the stewards rejected its claims, the German car manufacturer is currently weighing up whether or not to take the matter to the appeal court.

The controversy over the restart has left a cloud over Verstappen’s success, and Red Bull has also suggested that the sport needs to act on all that has happened this season – with changes to both the rules books and the manner in which stewards make decisions.

"The whole system needs to be rethought,” said Marko, after a season when Red Bull has been unhappy at times with FIA decisions.

“There needs to be consistency. Decisions cannot be interpreted once this way and once that way. The rules must be simplified. The premise must be: let's race!”

Marko believes that with the FIA appointing a president after Friday’s election, the opportunity is there for Jean Todt’s successor to move swiftly to ensure F1 does better in the future.

Asked if there needed to be a change of personnel, Marko said: “That in itself is not our task, but after so many mistakes and questionable decisions were made, there is certainly a great need for action.

“A new president is coming, so he will want to start here first. And the stewards should definitely be questioned.”

Asked if he was especially unhappy in how Masi handled the Abu Dhabi race, Marko said “The rules have to be such that a quick decision can be made, and those responsible have to make them in a matter of seconds. And these decisions cannot vary in such a way.” 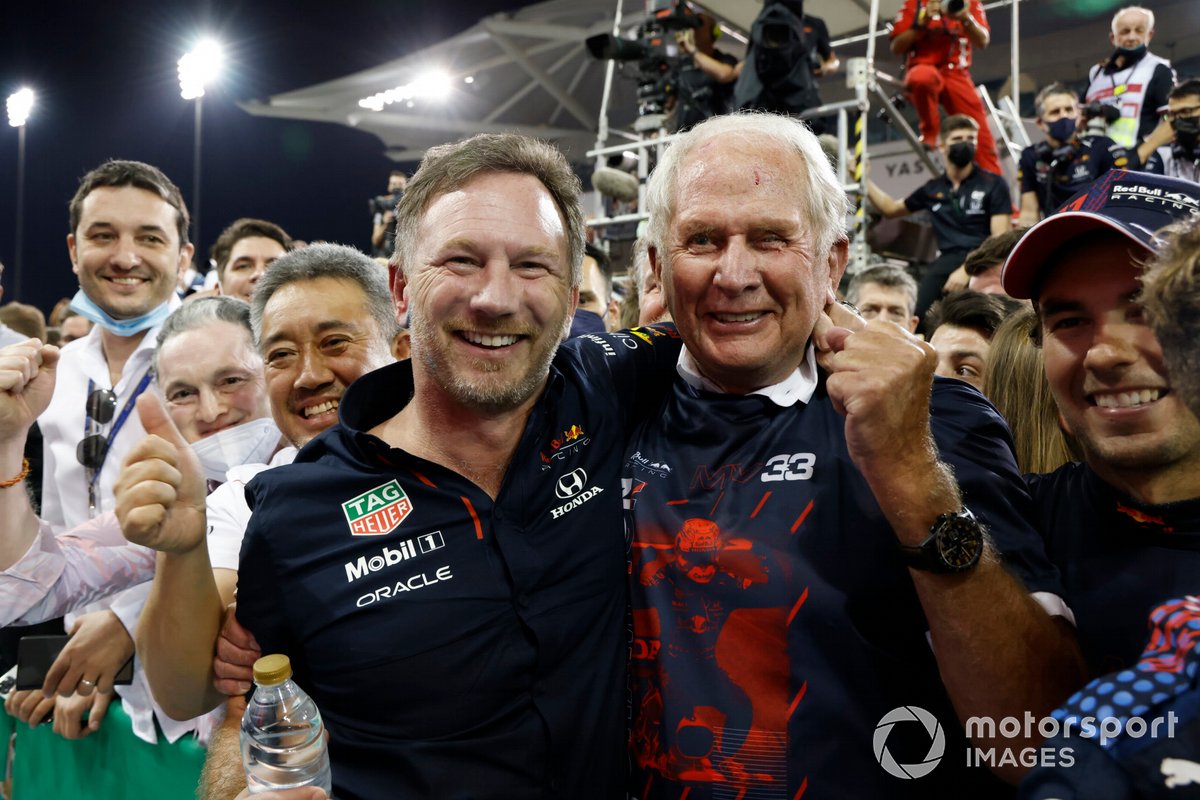 Red Bull team boss Christian Horner reckoned that what happened in Abu Dhabi was the latest in a series of ‘marginal calls’ that Masi had made this season.

Asked by Motorsport.com if he felt the FIA could learn from what happened, Horner said: “I think there’s always lessons that you can learn as a team, and in life generally.

“There’s been marginal calls. Some we’ve benefited from, the majority of which we’ve lost out from.”

While there are questions about the FIA’s actions on Sunday night, Marko also expressed his unhappiness at the way that Mercedes instantly protested the result.

“It was unworthy of a world championship final that the decision was delayed in this way [by a stewards’ hearing],” he said. “However, to make such appeals and protests speaks to the mindset of, I would say, an unworthy [sore] loser.”

Mercedes has until Thursday evening to decide whether or not to pursue its appeal against the stewards’ decision.

If it goes through with the action, and its complaints are accepted, then that could risk the Abu Dhabi result – and with it the world championship – being changed.

Asked if he was worried about such an outcome, Marko said “It doesn't matter to us. We are the moral winner, whether it comes one way or the other.

“But we will reconsider our involvement in Formula 1 if it doesn't have corresponding consequences for the future championships.”