Red Bull has explained its lack of top speed at Monza despite the RB18 often running as the fastest Formula 1 car in a straight line so far in 2022.

In contrast to its first eight seasons running under the hybrid powertrain regulations, Red Bull has been consistently strong at high-speed tracks following the return of ground-effects.

At Jeddah (qualifying and race) and Miami (qualifying), the brace of RB18s were the faster cars through the designated speed traps.

But at Monza, the Red Bull is second from the bottom, only 1mph ahead of slowest Haas while it trailed straightline standout Ferrari by 6mph as the home team topped the lot.

Data Motorsport.com has seen reveals Red Bull is faster than Ferrari from the sprint out of the first chicane through Curva Grande, the second chicane, Ascari and out of the final corner previously known as Parabolica.

However, Ferrari is more effective at its battery deployment to produce greater top speeds on the straights.

When asked by Motorsport.com for an explanation, he said: "I think it is not due to the engine, for sure.

"It is clearly due to the level of drag we run on the car. It looks like, relative to the others, higher.

"As you saw, we didn't change the rear wings compared to the other tracks. The others changed, and then [that impacts] the top speed range."

This comes despite Red Bull bringing a low-drag rear wing with a trimmed flap for Monza, while Ferrari is fielding a revised beam wing.

"Sure, the beam wing is also part of it as other teams are doing. 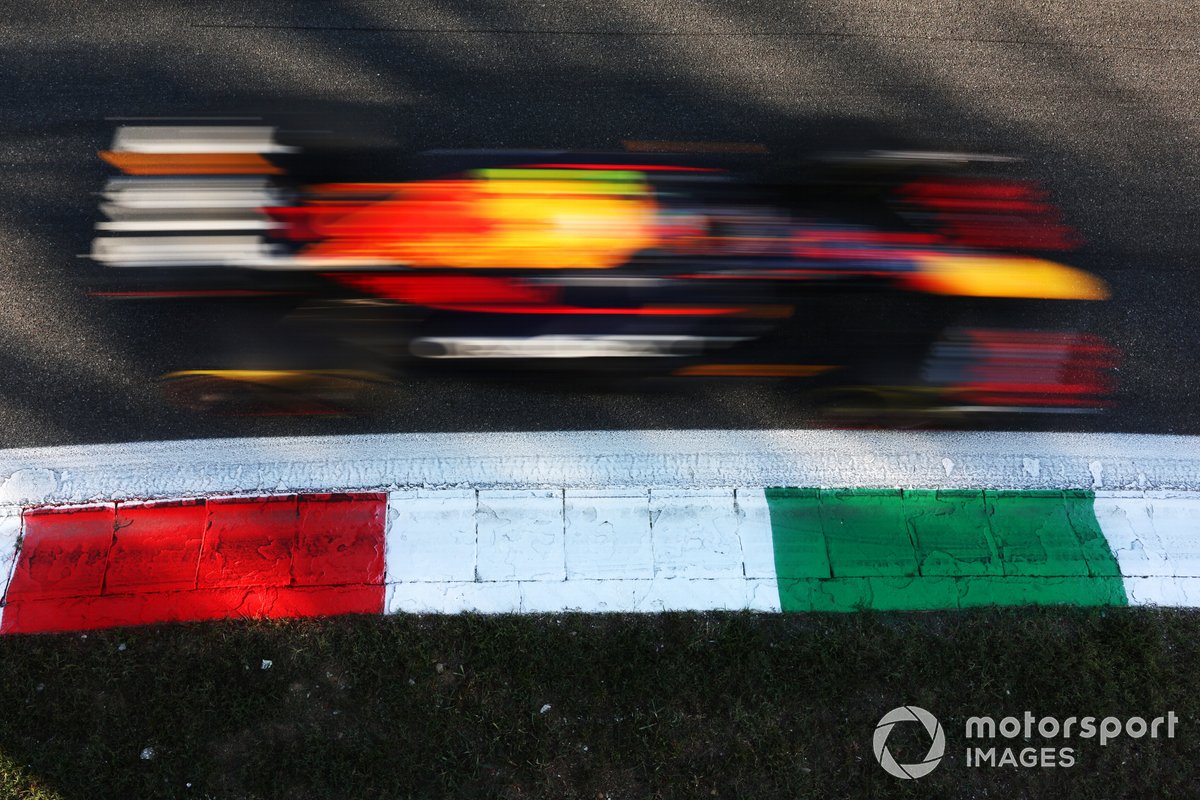 Red Bull has previous for this tactic at Monza, with Sebastian Vettel winning the 2013 Italian Grand Prix by deploying a short seventh gear ratio and greater downforce to better accelerate out of the corners to spend less time on the straights in total despite carrying less speed.

As per Wache, Red Bull has ruled out turning down the tune in response to Max Verstappen's five-place grid penalty, with the reigning champion taking a new internal combustion engine.

According to team boss Christian Horner, this followed advice from supplier Honda.

He said: "We've elected to take this penalty here on the advice of our engine partner.

"Five places here isn't too draconian, so to have that extra engine added into our pool for the remaining seven races we just thought strategically is the right thing to be doing."

Verstappen is not expected to take any further component changes that will lead to penalties.

Italian GP qualifying as it happened