Red Bull has explained the background to a photo of Sergio Perez with team chiefs in Abu Dhabi, taken prior to him being announced as its 2021 Formula 1 driver. 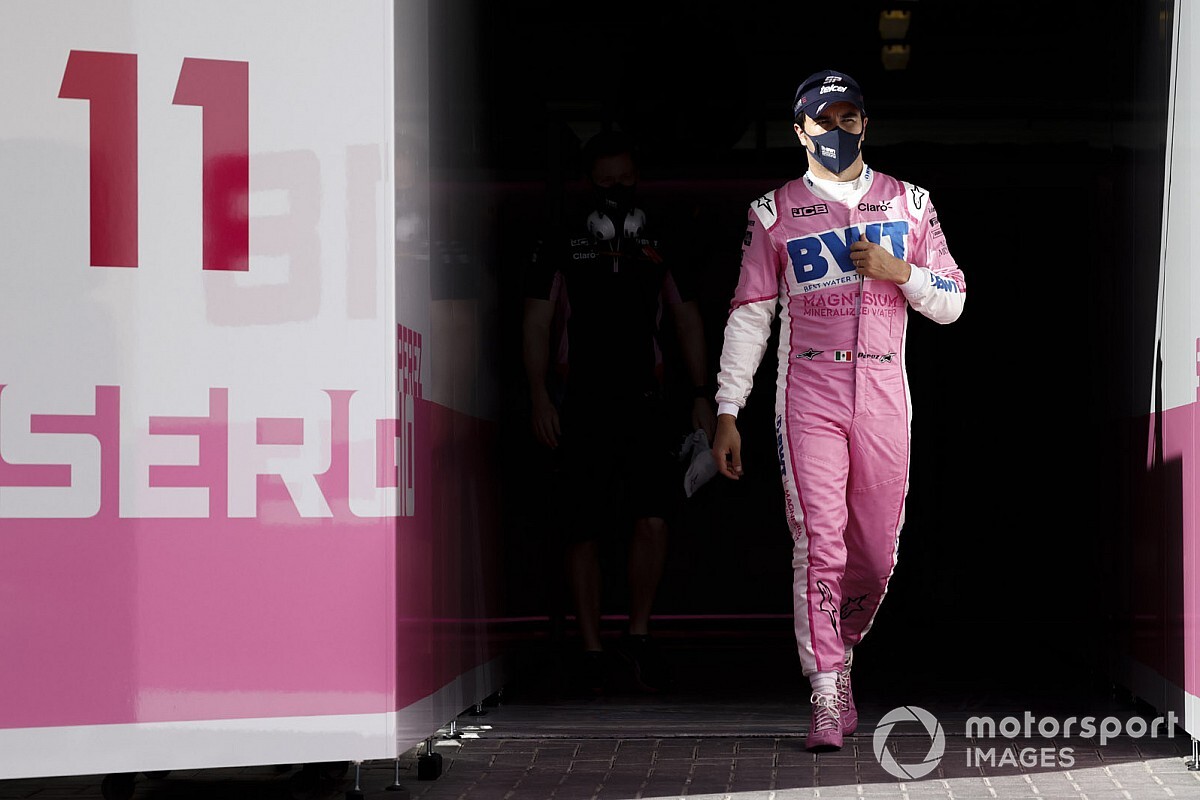 With Red Bull feeling that Alex Albon had not delivered the consistency and rate of improvement it had hoped for, it elected to commit to Perez for next year.

Both drivers were informed of the decision on the Friday after the season finale in Abu Dhabi, with the news being made official shortly afterwards.

However, there was some intrigue prompted by a picture that Red Bull team boss Christian Horner posted on Instagram shortly after the announcement was made, showing Perez with Horner and Helmut Marko.

Eagle eyed observers noted that the photo appeared to have been taken in Abu Dhabi, with the curtain design being from the track hotel.

Furthermore, Perez was wearing the same clothes that he had been wearing when he did a helmet swap with Sebastian Vettel after the Yas Marina race.

Speaking exclusively to Motorsport.com about the photo, Marko confirmed that it was indeed taken in Abu Dhabi – but he has denied that a final decision had been taken at that point.

“A photo has nothing to do with signing a contract,” explained Marko. “It was a social meeting and at that time, nothing was one hundred percent definite. We took the photo in case it became definite. Signatures can be done electronically these days.”

Asked if the picture had been taken on Sunday night or Monday morning, Marko said: “I honestly don't remember exactly. It was a turbulent weekend. And the opportunity was there because, after all, we weren't allowed out of the hotel because of the COVID-19 regulations."

Despite Red Bull's hopes of the photo not being traced back to being taken in Abu Dhabi, Marko said that both the curtains and Perez’s clothes had given the game away.

"Perez was wearing the same shirt as when Vettel handed over his helmet," he smiled. "That gave us away rather than the curtains.”