Red Bull could swap Verstappen-Kvyat as early as Spanish GP 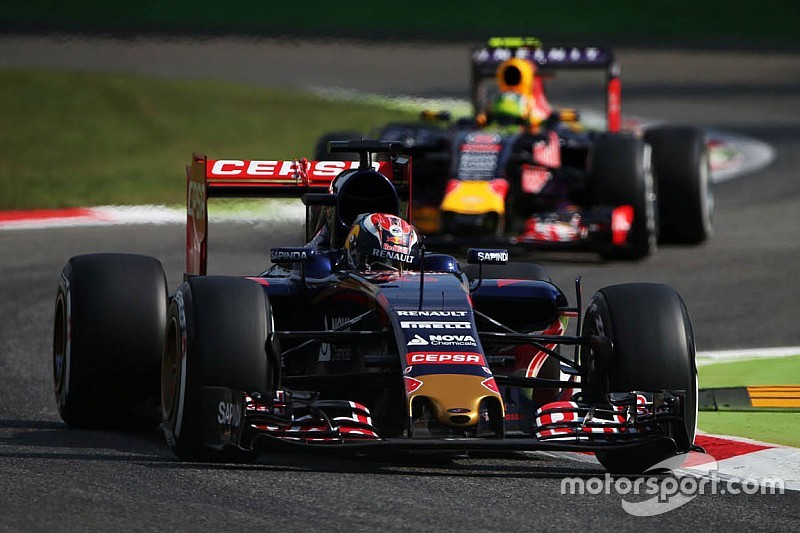 A seat swap between Daniil Kvyat and Max Verstappen as early as the Spanish Grand Prix has emerged as one of the options being considered by Red Bull after its Russian Grand Prix ‘disaster’, sources have suggested.

The Milton Keynes-based outfit has been evaluating what to do in response to Kvyat’s double collision with Sebastian Vettel on the opening lap at the Russian Grand Prix.

The incident – which also involved Daniel Ricciardo who was hit by Vettel at Turn 2 as part of the chain reaction – cost Red Bull dearly as it failed to score any points on an afternoon when main constructors’ rivals Ferrari and Williams finished well.

It has left Red Bull 19 points adrift of Ferrari and now just six points ahead of Williams.

That outcome left Red Bull motorsport advisor Helmut Marko furious, and he made it clear after the race that Kvyat would be summoned for talks.

“Braking too late once and hitting another car would be acceptable in front of his home crowd, but this doesn't apply for the second crash,” said Marko.

“It's a pity because he did not only ruin Vettel's race and [Daniel] Ricciardo's race, but also his own race. He had to do an extra stop. It was a day of disaster for Red Bull.”

He added: “Let's cool down a bit. During the week we will talk about this.”

With Red Bull well aware that it cannot lose any more ground in the constructors' championship, it is possible that Red Bull will simply warn Kvyat that he can afford no repeat of the Russia dramas in forthcoming races if he is to keep his seat.

If there was fresh disappointment with his performance at the Spanish Grand Prix, then Verstappen could be drafted in for mileage in the Red Bull car at the post-Barcelona test before being moved across.

However, it has emerged that one idea being evaluated is an immediate seat swap – which would mean Verstappen getting promoted from the Toro Rosso team, with Kvyat moving to Toro Rosso.

This could be for just a single race to allow Kvyat to regain his confidence, or for a longer period of time.

One issue that Red Bull is believed to be mindful of though is that after investing heavily in Kvyat's career, it does not want to do anything that would immediately jeopardise his career and leave him out of F1 completely.

A switch to Toro Rosso could allow him to remain in competitive machinery and rebuild his reputation, but would also give Red Bull a golden opportunity to evaluate Verstappen at its main team to help it make a firm decision later in the year about its 2017 plans.

Red Bull did not respond to requests to comment on the Kvyat situation when contacted on Wednesday.