Red Bull has confirmed that Pierre Gasly will partner Max Verstappen in its lead Formula 1 team next season, in place of Renault-bound Daniel Ricciardo.

Gasly currently drives for Red Bull’s junior team Toro Rosso, having made his debut in last year’s Malaysian Grand Prix before being promoted to a full-time drive for this season.

He finished fourth in Bahrain, earning Honda’s best result since returning to F1 in 2015, and has since banked seventh in Monaco and sixth in Hungary to comfortably outperform teammate Brendon Hartley.

When Ricciardo announced his shock move to Renault for next season, Gasly quickly emerged as the favourite to replace him.

Red Bull team boss Christian Horner said Gasly’s “stellar performances” this season had “enhanced his reputation as one of the most exciting young drivers in motorsport”.

Gasly will also bring a season’s experience with Honda engines, which Red Bull will adopt for 2019.

“Since Pierre first stepped into a Formula 1 seat with Scuderia Toro Rosso less than a year ago he has proved the undoubted talent that Red Bull has nurtured since his early career,” said Horner.

“We look forward to Pierre bringing his speed, skill and attitude to the team in 2019.”

Gasly is the only Red Bull driver to win F1’s immediate feeder series’ championship, having clinched the 2016 GP2 Series title.

He was then placed in Super Formula as Red Bull made him wait for his F1 chance, but described his swift acceleration to a senior team drive as “a dream come true”.

“It has been my goal to race for this team since I joined the Red Bull Junior Driver Programme in 2013,” said Gasly.

“This incredible opportunity is another step forward in my ambition to win grands prix and compete for world championships.

“Red Bull has always looked to fight for championships or victories and that’s what I want.”

Gasly said he was grateful to Toro Rosso and his current team boss Franz Tost, and said he wants to “do everything I can to give them a season to celebrate” over the rest of 2018.

What next for Toro Rosso? 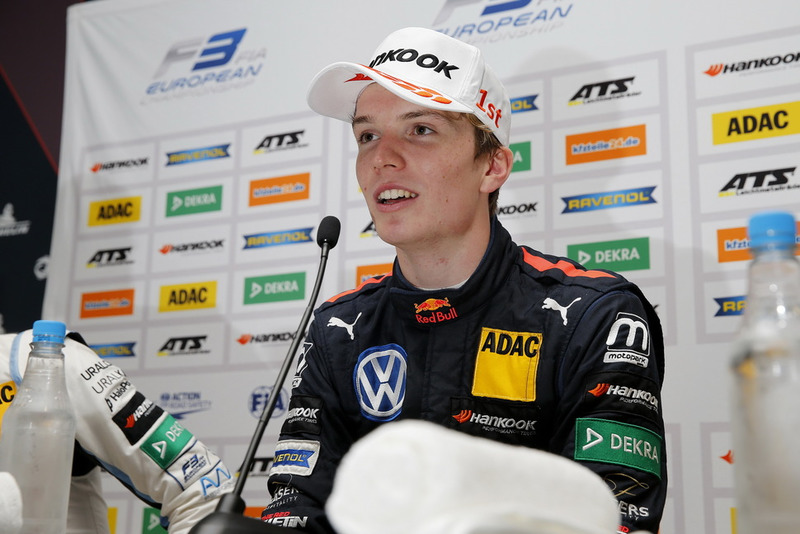 Red Bull’s confirmation of Gasly means it will need to find at least one new driver to place at Toro Rosso next season, though Hartley may yet earn a stay of execution because of the lack of options.

There is no obvious option within Red Bull’s pool of junior drivers, with European Formula 3 championship leader Dan Ticktum favoured but at risk of not earning a superlicence.

One solution would be to adopt a driver currently outside that pool, like Stoffel Vandoorne if the Belgian is dropped from McLaren.

Another would be for Red Bull to repeat what it did Hartley and bring an older driver to F1, such as one of ex-Toro Rosso men Sebastian Buemi or Jean-Eric Vergne.

Pierre Gasly proves that there can be F1 second chances, even at Red Bull Racing