Red Bull can win US GP on merit, says Ricciardo 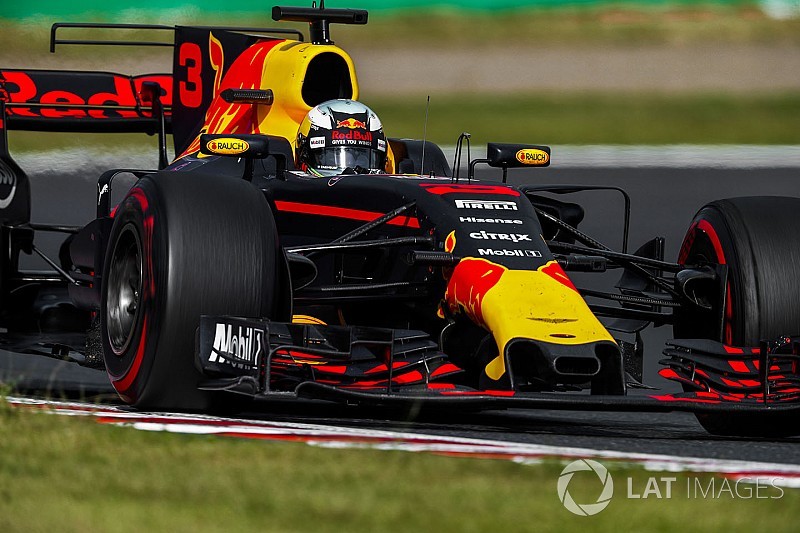 Daniel Ricciardo believes that Red Bull has a chance to win more races on merit in 2017 if it gets everything right – and that this weekend's US Grand Prix could present a golden opportunity.

The team has been on strong form in recent races, with Max Verstappen winning in Malaysia and then chasing Lewis Hamilton home in Suzuka.

Ricciardo says that the higher possibility of overtaking in Austin could enable Red Bull to make up for losing out in qualifying to Mercedes and Ferrari, the two teams that traditionally find extra performance when it matters in Q3.

"It seems like that for sure," he said when asked by Motorsport.com if Red Bull can now target wins every weekend.

"Race pace in the last few races has been good. I think this track typically has been a pretty good one for us as well. I feel like obviously we need to be at our best to win, it's not going to come easy. But if we execute, then we have a chance to win.

"This one gets me excited, this one does, and also you can overtake. Suzuka, all well and good being quick, but it's super hard to overtake. Here, maybe the first sector it's a bit tricky to follow.

"But I think you can still stay within DRS, and then you've got the back straight, Turn One… There are easily three and probably four overtaking opportunities that are there for the taking if you're close enough.

"So that gives me excitement. And Mexico as well, you can overtake. These two coming up will be strong, I think."

Ricciardo believes that Red Bull won't necessarily have to rely on its main rivals hitting misfortune to win.

"I still think if we get it all right we can be there, whether they do or not," he said. "Malaysia I don't think Mercedes got it wrong, I just don't think their pace was as strong.

"It kind of seems that if Ferrari execute well, they've probably got the quickest car. But it doesn't seem like it's easy to do every weekend. I think if we focus on ourselves we can be in a position, regardless."

Ricciardo reckons that the team now has a much better understanding of the RB13, on top of updates bringing performance to the car.

"It's kind of the same every season, by this point you kind of know where to set the car up, and therefore the window feels bigger," he explained.

"But I think it's just we've got more knowledge then we had at the start of the year. That and the updates working just means it's easier to hit the sweet spot.

"We know what we want in the car now, where for sure the first few races it was tricky to manage. These cars in general can still be on a knife-edge, they can still snap and catch you at points. But I feel like we're more in control of that now."

Ricciardo's teammate Verstappen agreed that passing opportunities in Austin could help make up for any qualifying deficit.

"The last few races we definitely made a good step, especially in the race," said the Dutchman. "In qualifying we will always be behind, if we don't have this qualifying mode.

"So that's hard because in the races it's very difficult to pass. I think this track is actually not too bad, so I think we can have a good race weekend again."

Bottas insists he can still be a match for Hamilton