The Singapore Grand Prix weekend was awash with speculation that two F1 teams have broken last year’s circa $145 million budget cap limit and could face sanctions from the governing body.

Confirmation of what has actually happened will come this Wednesday, when the FIA plans to issue teams that were under last year’s cost cap with their compliance certificates.

Any squads that bust the limit, in either a minor or material way, will then find out they are likely subject to a hearing where punishments will be handed out.

The focus of the potential rules breaches centred around Aston Martin and Red Bull, although both teams have been crystal clear that they reckon they have done nothing wrong.

Red Bull found itself particularly in the firing line, as wild rumours suggested it could be over by as much as $10 million – and rivals Mercedes and Ferrari called for strict action and penalties from the FIA for wrongdoing.

But despite what its main opposition was saying, Red Bull remains absolute that it stands by its original submission that was made in March – which sources have suggested was actually under the limit by several million dollars.

Asked by Motorsport.com if he was nervous about the outcome of Wednesday, Red Bull team boss Christian Horner said: “No, I mean, I'm absolutely confident in our submission.

“It's been through a process. It went in in March, in terms of [being] signed off fully by our auditors who are obviously one of the big three. And we believe that we are comfortably within the cap.

“So the FIA are following their process. We expect hopefully, and potentially this week, to hear not just us, but all of the teams, the outcome of that process.”

While Red Bull does not know what the FIA will state on Wednesday, he admits that there is huge responsibility on the governing body to ensure the robustness of its investigations and responses.

“These are a brand new set of regulations that are highly complicated, and that apply to companies of different structures, different formulations, and of course, regulations,” he said.

“There's always different interpretations to those regulations. So in the first year, it will be very interesting to see how that is applied.

“We've seen clarifications, even since the submissions were made, that apply to last year. So it's always going to be a process of evolution.

“It's an enormous topic for the FIA to get their arms around, particularly when you look at the scale of the teams in the pit lane, many of which belong to even bigger conglomerates and organisations.” 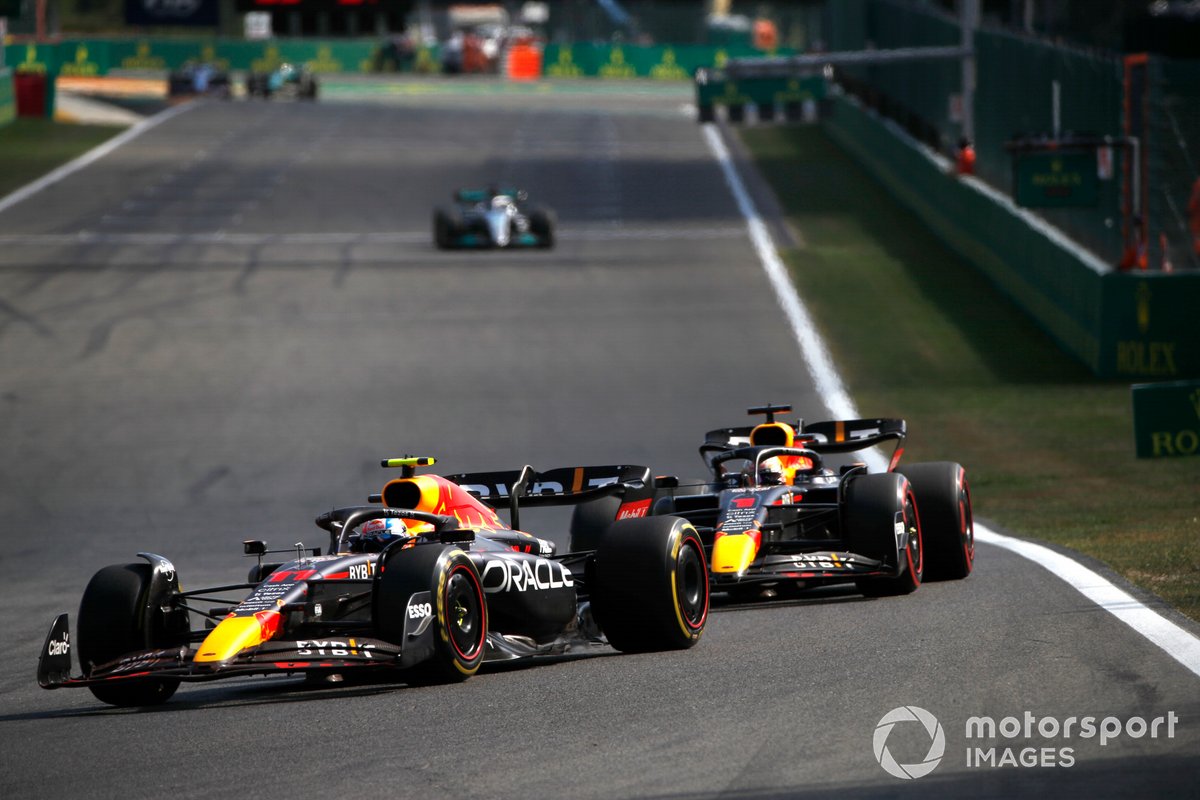 Pushed on whether those recent clarifications about elements that should and should not be included in the cost cap had meant Red Bull was still below under the limit, Horner replied: “It is significantly below. With the clarifications, we should be even further below....”

Horner was upset at the reference other teams made about Red Bull over the weekend, even going as far as suggesting that their comments were "defamatory".

He was clear that if certain remarks were not withdrawn then Red Bull would consider legal action – a stance that remains unchanged despite there being no response so far from other parties.

Horner added: “What I said absolutely stands. We will consider all of our options. And it's totally unacceptable to make a completely unfounded allegation. And on the basis of what knowledge? Where is the source of information?

“This is a confidential submission between the team and the FIA. I have no idea of the compliance of any of our rivals. So where does that information supposedly come from?”

He added: “But let's complete the process. We have not been informed that we are in breach of the regulations. So let's get to the end of the process and understand where we are.”