Mercedes thinks Red Bull’s dominance of last year’s Abu Dhabi Grand Prix should not be used as a form indicator for this weekend’s Formula 1 title showdown.

Lewis Hamilton and Max Verstappen are heading in to the final race of the season tied on points, with the driver that finishes ahead on Sunday set to take the crown.

While Mercedes is coming off the back of three consecutive wins, Red Bull is well aware that it dominated at the Yas Marina circuit 12 months ago as Verstappen took the victory.

However, Mercedes thinks that last year’s circumstances were unique and do not tell the true story of how the two cars shape up around the Yas Marina circuit.

Andrew Shovlin, Mercedes’ trackside engineering director, believes that several factors came together last year that meant his squad did not deliver to its full potential – handing Red Bull the advantage.

“Last year Lewis was a few days after a bout of COVID, and there’s no way that he was performing at his best,” he explained. “It’s not an easy thing to get over.

“Our analysis after that event, which we do after every race, indicated that we just put the setup in the wrong place. We had development tyres there, and we were focusing on those.

“Ironically, we’d won the championship and we decided to try to understand the tyres rather than focus on the race weekend. We ended up going into the race underprepared with a car that wasn’t well balanced and I think ultimately that’s where it cost us.” 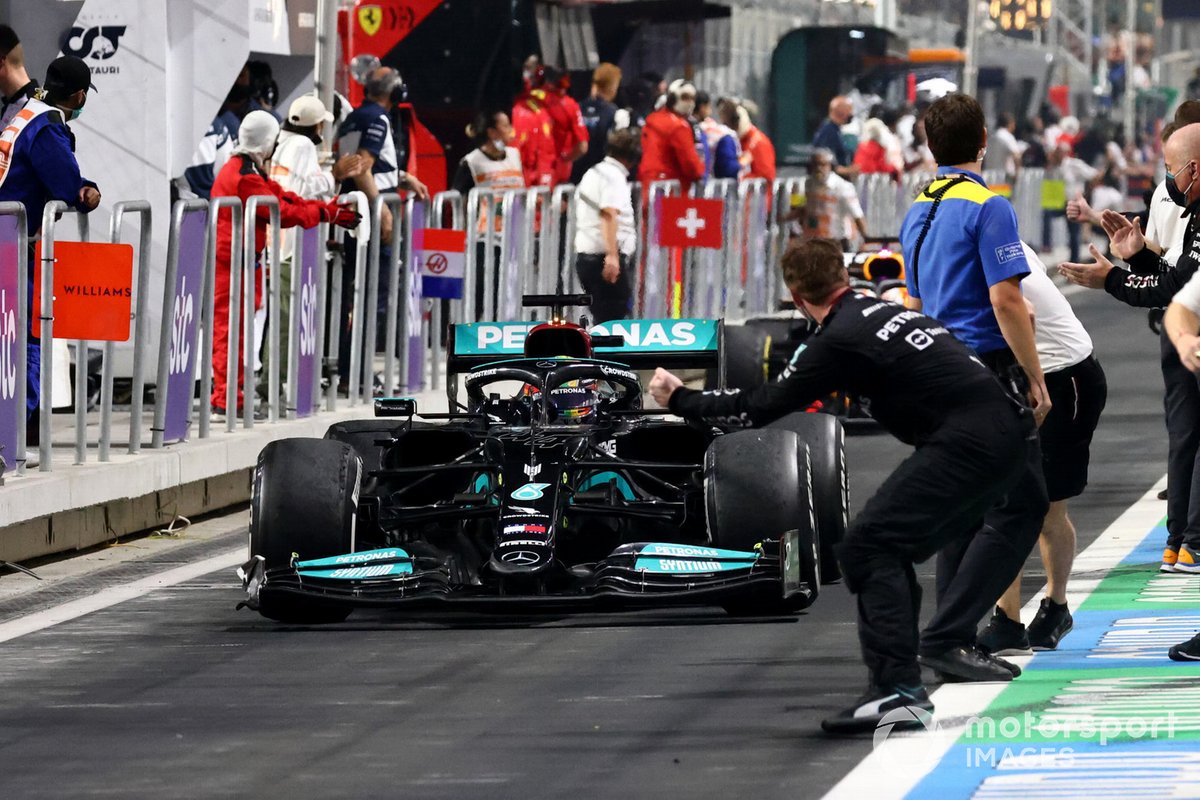 But while Mercedes will be more focused on performance this year, Shovlin admit there remain some big uncertainties.

“We’ve had a lot of good races in Abu Dhabi, but going in there, we’re worried about the unknowns,” he added. “There’s lots of new areas of the track and we’ve seen performance swing quite strongly.

“Tracks that we thought we would be competitive at, like Austin, we weren’t good at all, and [in Saudi Arabia] we’ve seen Red Bull show us a clean pair of heels on a single lap. So there’s plenty for us to worry about.

“Then you’ve also got the fact it’s the softest tyres, and those can be really tricky on occasion. They’re quite difficult. We’re treating it like a new circuit, we know what we need to do – we need to go there and win.”

Shovlin said that both the team and Hamilton were well prepared for the weekend ahead, though, having done extensive work on the simulator.

“Lewis has been back between every race getting in there, doing the setup work, learning the circuit,” he said.

“It’s a faster lap now, so it’s going to be considerably quicker and lead to a faster overall race, which changes a bit the balance as you go from corner to corner. But ultimately a lot of it’s the same.

“So we’ve been able to do good work on the simulator in understanding it.”