The real F1 danger that Liberty must not ignore 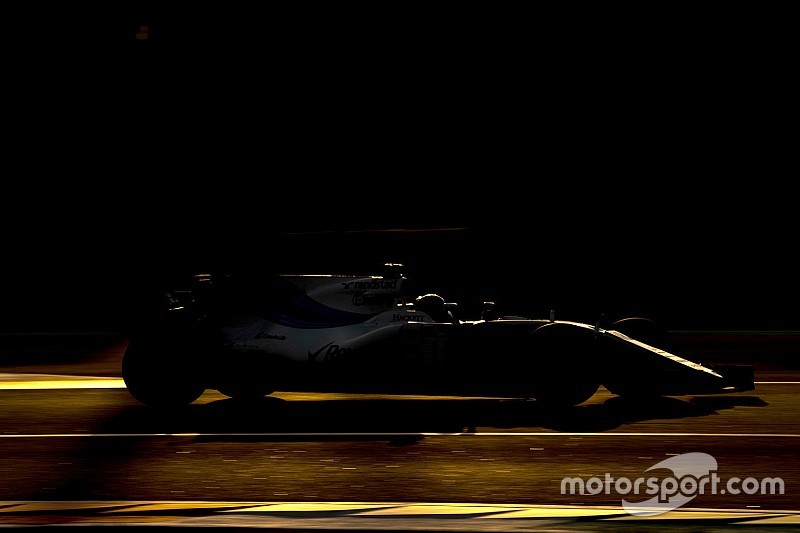 Formula 1 sailed close to the wind last year, almost (but not quite) losing Force India from its grid. But it would be a massive error for owners Liberty to sit back and think that everything is rosy in its backyard right now.

F1’s voracious appetite for consuming money has led to many a team’s sad demise. In Force India’s case, it was reborn thanks to a very smart, and very rich racing dad. Looking back now on the debacle of midsummer 2018, it proves how the fickle hand of fate can punch a F1 team in the financial nutsack.

With owner Vijay Mallya having big issues in his native India, it was fortunate that another billionaire, Lawrence Stroll, was on the scene to bail out the Silverstone-based team. Even then, it became a saga, and required a huge scramble behind the scenes that even involved the sport’s governing body’s assistance!

With its financial future now assured as ‘Racing Point’ – or whatever name it chooses to adopt – it’s clear that it’s only a matter of time before attention will turn to another team that’s suffering monetary hardship. And as of today, you have to conclude that it’s Williams.

Yes, one of the greatest teams our sport has ever known – the third-most race winning team in history, a squad with a superb history that powered Jones, Rosberg, Piquet, Mansell, Prost, Hill and Villeneuve to the ultimate of glories. But fast-forward to the present day and, as Force India proved, you can have the best engine on the grid and still be in danger of running aground.

Here’s the stark reality: Sir Frank’s team has lost its main Bacardi Group (Martini) sponsorship for 2019. Sergey Sirotkin, backed by SMP Racing rubles, is gone, as is Lance Stroll and his father’s bankrolling. I’m not privy to the exact figures, but that’s got to be in the ballpark of $50million, and then you have to factor in the loss of its future prize money income as it dropped from fifth in 2017 to last place in 2018 – and that’s quite some deficit.

So far, we’ve only had new sponsorship from Poland's PKN Orlen announced – as it nails its colours to Robert Kubica’s comeback – with talk of that being worth some way north of $10m. But that’s still somewhere approaching a $40m black hole to fill.

Behind the scenes, Williams’s commercial department is working hard to address this. And I wish them the very best of luck, as nobody wants to see this illustrious team under threat – especially with its bold driver choices for 2019, which also must surely be applauded.

That said, Williams is not exactly coming from a position of strength entering 2019, given last year’s results and miserly haul of just seven points…

Williams is also the only publicly-traded F1 team on the grid, with Sir Frank owning the controlling shares as the overall patriarch of the company and his daughter Claire effectively running the team at the track in a deputy team principal role. That makes it quite unique, but F1 is a results-based business and with no ‘minnow teams’ on the grid any more, the spectre of remaining last on the grid cannot be ignored for long.

Once again, the onus here must fall upon F1’s owners Liberty to do more to help its teams. As I wrote back in August, it had to jump in and save the day for the good of the sport. F1's owners managed to scramble through, but is that going to become the norm? Isn’t prevention better than cure?

A budget cap would clearly help in this case, and if spending was restricted to, say, $150m per season, it would be close to what Williams already shells out. But, crucially, it would stop its rivals from being able to spend more to further out-develop its cars, giving Williams the chance to catch up – especially in years with regulation changes.

Further complicating its situation is the ‘Haas model’ – where Williams' American-owned rival has a technical tie-up with Ferrari that shortcuts the cost of many development areas that a ‘regular’ constructor cannot. F1 having fought against ‘customer cars’ for so long, here’s a variation on that theme that undermines its own business model. Is that right? Or should new teams only be allowed concessions like this for a limited time, as we’ve seen in MotoGP?

Since Liberty took over the running of the sport, the revenue it shared with teams – essentially the prize money – dropped immediately by $43m. The main reason for this was Liberty spends more money than the previous owners ever did, basically replacing the one-man show of Bernie Ecclestone with, well, regular staff doing normal tasks like marketing and sales.

From the plan presented in Bahrain last year, we know that Liberty held firm against vociferous opposition from the big teams against a plan to give the smaller teams a bigger slice of the F1 commercial pie from 2021. The fact it showed a willingness to upset people in the way it dealt with the issue must now be followed through with a future budget cap.

It’s not as if the sport is awash with new money rolling in right now, and with Martini gone there’s going to be a lot of space to fill on that Williams bodywork. As Claire Williams said at the time of Bacardi Group’s withdrawal, “we are financially stable at the moment” and “strong partner community is central to our operation”, but I fear for its long-game prospects given the current terms that teams have to operate under.

It would be a tragedy to lose this great name from the F1 grid, but as we’ve seen with the likes of Brabham and Lotus, this sport is no respecter of reputations when the cashflow doesn’t add up following a fall from competitive grace. As Ross Brawn says, the lack of chances for midfield teams to appear on the podium is "unacceptable" and he'd like the rate of change within the sport to be accelerated.

So come on, Liberty, continue the push to level the financial playing field for your loyal teams, and then create a more viable landscape that would allow some fresh blood into the game – if only to give its high-value and historically-important competitors someone to beat.