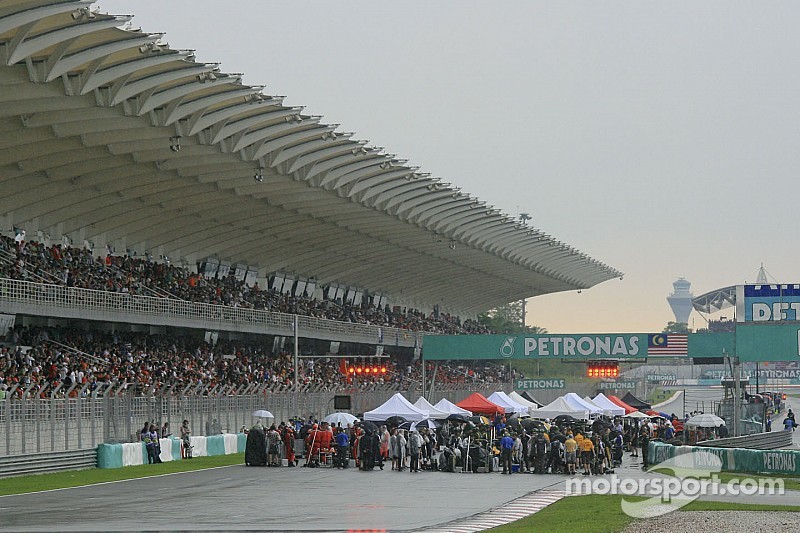 The potential in Malaysia this weekend for a first wet grand prix since Suzuka last year is set to put the focus back on F1 rain tyres after very limited wet-weather winter testing.

Despite calls for a proper rain test, in the wake of Jules Bianchi's horrific accident in poor weather conditions at the Japanese Grand Prix last season, F1 looks to be heading for its first wet event without the group running that many wanted.

The current weekend forecast for Sepang indicates a high probability of rain and afternoon storms, although the weather is notoriously difficult to predict in Kuala Lumpur.

The subject of wet-weather running was discussed in depth at a meeting of Formula 1's Sporting Regulations Working Group in last year's Brazilian Grand Prix, with hopes something could be sorted before the start of this season.

But despite these talks, nothing was achieved – and the only wet running that has happened was brief spells following showers in pre-season testing.

"We always say that we should thoroughly test rain tyres before the start of the season at least once, preferably on a track that can be completely drenched, such as Le Castellet or Fiorano," he said, referring to circuits that have sprinkler systems to artificially soak the surface.

Hembery said the tests would not only help Pirelli perfect its wet weather designs, but also allow the drivers to get used to the tyres.

During last year's Russian Grand Prix, the Grand Prix Drivers' Association wanted a test so that there could be a better crossover between the intermediate and wet – as the speed of the inter meant drivers were reluctant to switch to the wet.

Lewis Hamilton, when asked about the wet tyres at the time, said: "It is no secret that they are not the greatest wet tyres that I have known. We need to work hard – it is an area that is not always focused on so much. The slick will always be improved, but I guess not so much focus gets put on the wet.

"You want a tyre that clears the water and not forcing us to go the intermediate: which is so much quicker when it is probably not safe enough to do so. It is something the FIA and Pirelli will work on."

...and the FIA also wanted it to happen

The sport's governing body, the FIA, also urged the sport to do more rain-tyre testing in the wake of the Bianchi crash.

In its official report, published last year, it said: "It is recommended that provision is made for the tyre supplier to develop and adequately test wet weather tyres between each F1 season, such that it is able to supply the latest developments to the first event."

However, following this year's pre-season tests at Jerez and Barcelona, both of which were affected by light rain showers, Pirelli admitted that teams tried "all the compounds apart from the full wet, although there was very little significant running on the intermediate."

In 2014, a day was allocated during the Jerez test to wet running, and Pirelli soaked the circuit with bowser pulled by a tractor.

Button: “Nobody can be happy with finishing at the back”