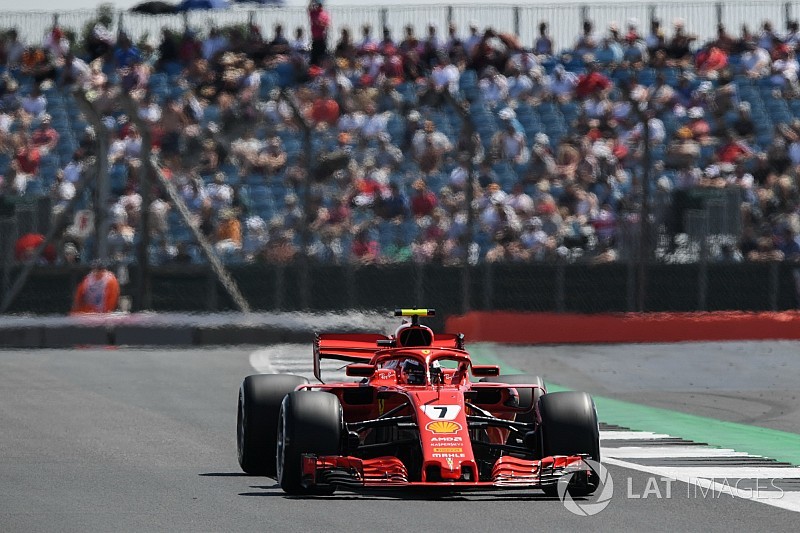 Kimi Raikkonen said he deserved the penalty he received for colliding with Lewis Hamilton at the start of the British Grand Prix.

Hamilton dropped to the back of the field after Raikkonen locked up and slid into his right-rear corner at Village, the first braking zone of the lap.

Raikkonen was given a 10-second penalty for the collision, which prompted suspicion from Mercedes, with Hamilton referring to "interesting tactics" from Ferrari, and senior Mercedes figures suggesting it was "deliberate or incompetence", following Sebastian Vettel's recent collision with Valtteri Bottas at the start of the French Grand Prix.

The Finn recovered from serving the penalty at his first pitstop to finish third at Silverstone, passing countryman Valtteri Bottas late on to claim the final step on the podium.

When asked in parc ferme after the race if the penalty was fair, Raikkonen said: "Yeah, it was my mistake. That's fine.

"I deserve it and I took the 10 seconds and kept fighting. That's how it goes.

"Obviously on the third corner I locked a wheel and ended up hitting Lewis in the rear corner and he spun.

"My bad, that is how it goes sometimes. It was not a straightforward race."