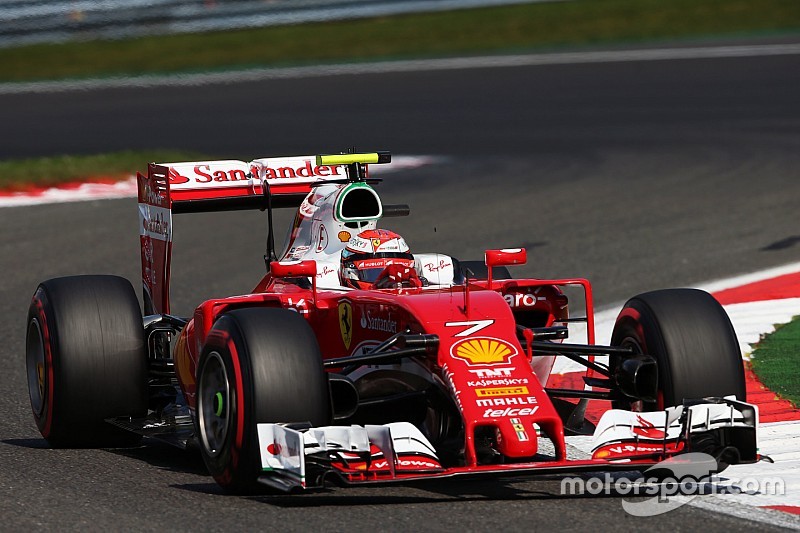 Both Raikkonen and teammate Sebastian Vettel struggled for traction at the last chicane, and the Finn ended up third on the grid, 0.166s behind pole-sitter Nico Rosberg.

Raikkonen reckons he lost two tenths at the chicane, and with that his chance of his first pole since 2008.

"I went wide on the first try so it was not ideal," said Raikkonen. "The second run was pretty good but comparing to my Q2 lap I lost two tenths in the chicane.

"Pole position was there so it's a bit disappointing. It would have been nice to get it.

"Tomorrow is the race, and if we compare it to previous races we can be satisfied with where we are."

He added: "It is nice to be so close but we would rather be on pole position. We had a good chance."

The Ferrari driver, who will start the race with the soft tyres, is expecting the race to be tough, with the tyre degrading more than expected given the high heat.

"Always the start and the first laps are very important in every race. It will be quite a tricky race for everybody with the tyres and the conditions.

Rosberg: Mercedes "seriously off the pace" before qualifying