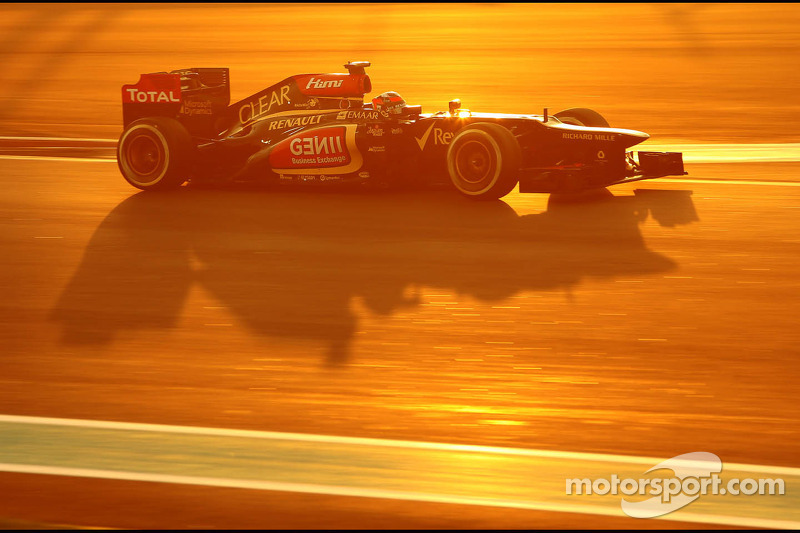 Kimi Raikkonen’s Lotus failed post-qualifying inspection which moves him to the back of the Abu Dhabi Grand Prix grid.

Kimi Raikkonen will have his work cut out as he attempts to race his Lotus E21 from the back of the grid to a points paying position after his Formula One car failed post-qualifying inspection. The Finn would have started fifth in the Abu Dhabi Grand Prix.

The same "floor" issue for the Lotus team earlier this year ended up costing Raikkonen. The FIA discovery by the technical officials have excluded Raikkonen's qualifying times.

His Lotus failed the floor deflection test - the same test that they failed in Hungary on Romain Grosjean’s Lotus. However at that time, the team argued that the floor damage was caused by the kerbs at Hungaroring. However this time Lotus lost the argument.

FIA’s Formula One technical delegate, Jo Bauer commented, “Car number 07 did not comply with Article 3.17.5 of the 2013 FIA Formula One Technical Regulations as the front floor deflected more than 5mm vertically when the load was applied vertically to it at the point which lies 100mm of car centre line on the LHS.”

Starting from the back could cause Raikkonen from maintaining third in the standings. Fernando Alonso sits second, and Lewis Hamilton is fourth. Both now have an advantage. Sauber’s Nico Hulkenberg moves up to fifth.

The Lotus team is in the midst of the battle for second place in the Constructors and they need every point they can muster to have the bragging rights over Ferrari and Mercedes. Red Bull earned the Drivers’ and the Constructors’ title last week in India.

One wonders, will this cause a further rift between the team and the Iceman?